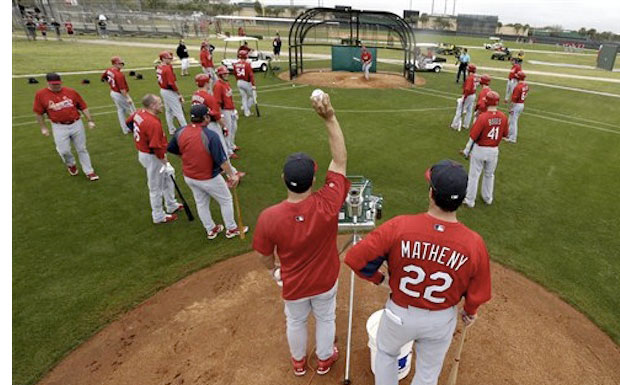 In 2012, the St. Louis Cardinals played much of the season without frontline starter Chris Carpenter. It appears the club will be without the veteran right-hander for most if not all of the 2013 campaign because of thoracic outlet syndrome – the same shoulder issue that sidelined him last year.

The absence of an ace would be detrimental to most teams, but the Cardinals are different. They have enviable starting pitching depth.

Veteran righties Adam Wainwright and Jake Westbrook will highlight the rotation while Lance Lynn and highly regarded prospect Shelby Miller will contend for spots. A shoulder injury prematurely ended left-hander Jaime Garcia‘s 2012 campaign. He will give the Redbirds a lift if he returns healthy this year.

Trevor Rosenthal, a 22-year-old right-hander, tossed 8.2 scoreless innings of relief with 15 strikeouts in the playoffs, but he is projected as a starter for the long term.

There is speculation that the Cardinals could re-sign right-hander Kyle Lohse now that Carpenter will not pitch. Lohse remains the last high-profile free agent of the offseason, mostly because teams refuse to part with a first round draft pick to sign him.

Anchored by closer Jason Motte, the bullpen should be a strength. 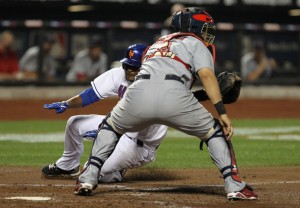 Manager Mike Matheny has a productive lineup, at least on paper. Matt Holliday, John Jay and Carlos Beltran are projected as the starting outfielders while third baseman David Freese, shortstop Rafael Furcal, second baseman David Descalso and first baseman Allen Craig form the infield. Yadier Molina, who is arguably the best catcher in the game, returns behind the plate.

The National League Central should be more competitive this season because clubs will not have the youthful Houston Astros to kick around. They have moved to the American League West, and the Pittsburgh Pirates are improved. Cincinnati and St. Louis, which are heated rivals, will likely contend for the NL Central title while Milwaukee has a chance to make a favorable impression.

Minus Carpenter, the Cardinals could re-sign Lohse, acquire another veteran or bank on Garcia’s shoulder and the emergence of Miller and Rosenthal (if the latter is not in the bullpen).

Though the Cardinals would prefer a rotation with Carpenter, most Major League clubs would welcome Matheny’s starting pitching options entering spring training. 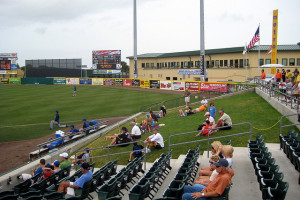 Roger Dean Stadium is the spring training home of the St. Louis Cardinals and the Miami Marlins.

The stadium seats 7,000.  Around 300 fans can relax out on a blanket in the berm seating area, which is located in front of the Party Deck in right field.

About Jupiter and the Palm Beach Area

In 1893, Henry M. Flagler declared Palm Beach as a “veritable paradise.”  That year, Flagler set about building the largest wooden structure in the world – The Royal Poinciana Hotel – in Palm Beach, and connected his railroad from the northern United States to South Florida.  In 1896, Flagler opened the Palm Beach Inn, which soon became known as The Breakers Palm Beach – now a legendary, five-star resort.

Just 18 years later, the town of Palm Beach was incorporated.  Since then, everyone from Hollywood stars to heads of state, from literary and artistic icons to Old Money and international business magnates have come to enjoy this lush island as a vacation destination.

With more than 47 miles of Atlantic coastline and countless waterways, there is no shortage of liquid assets to enjoy in The Palm Beaches.  From fishing, diving and snorkeling to sailing, boating and yachting, the range of on- or in-the-water experiences are endless.  With an average annual temperature of 75 degrees and ample Florida sunshine, the area’s enviable weather creates an ideal environment for year-round outdoor fun.

The Palm Beaches offers more than just a visit to pristine beaches. Travelers can enjoy a variety of unique and one-of-a-kind experiences on any budget. Here’s a sampling:  full-moon bike rides along some of Riverbend Park’s 15 miles of trails, up-close animal encounter at Lion Country Safari, a dive with the country’s only private S.C.U.B.A. Country Club, and interaction with the turtles at the Loggerhead Marinelife Center’s special rehabilitation facility.

With more than 200 theaters, museums, arts centers, indoor and outdoor performance stages, and other cultural venues, it is no wonder The Palm Beaches are considered Florida’s Cultural Capital®. From the Boca Raton Museum of Art, Morikami Museum and Japanese Gardens, the Norton Museum of Art, Jupiter Inlet Lighthouse & Museum, Maltz Jupiter Theater, and the Kravis Center for the Performing Arts, The Palm Beaches bring together a variety of thriving art districts, nationally recognized performers and dozens of internationally renowned annual events. For more information, visit here. 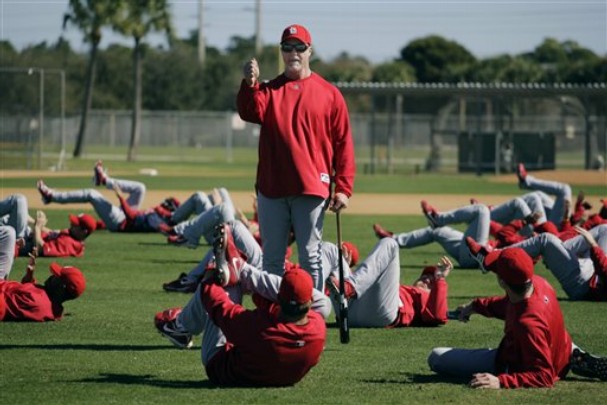