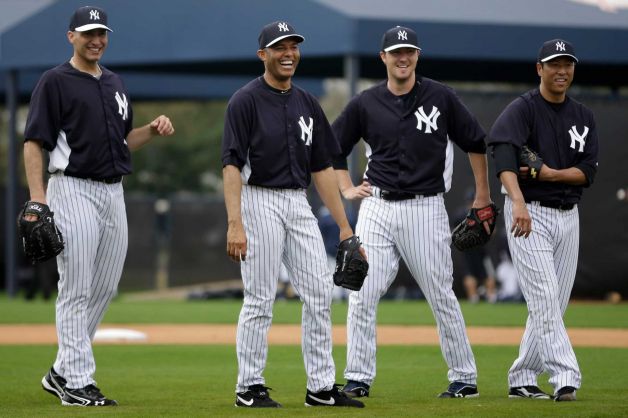 The New York Yankees did not reach the playoffs in 2008, the last season they played at old Yankee Stadium. That was a surprise, though, because they were projected to secure a post-season berth before the campaign started. With an aging roster and a starting rotation that is questionable beyond CC Sabathia, the Yankees could find themselves out of the playoffs when October arrives.

In multiple spots, the Yankees lineup features veterans who are past their primes but still useful if they remain healthy. Ichiro Suzuki (right field), Travis Hafner (DH) and Kevin Youkilis (third base) fit this description. Youkilis was signed to play third base while Alex Rodriguez tries to rebound from an ailing hip. Even future Hall of Famers Mariano Rivera and Derek Jeter are trying to return from injuries, so it remains to be seen if they will last the season without landing on the disabled list.

With the aforementioned names, plus names like left fielder Brett Gardner and first baseman Mark Teixeira (who was limited to 123 games in 2012), the DL could be a crowded place in the Bronx.

For the Yankees to secure a playoff spot, they especially need younger veterans like Teixeira, Curtis Granderson and Robinson Cano to remain healthy. Cano has incentive to produce MVP-caliber numbers this season since he can become a free agent when the 2013 campaign ends.

The 38-year-old Jeter keeps proving doubters wrong by showing that he can still perform at a high level. Last year, before the gruesome ankle injury in the playoffs, he batted .316 with 15 home runs. Though his range has diminished, Jeter still plays a steady shortstop. 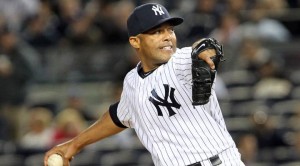 The 43-year-old Rivera is attempting to return after suffering a torn ACl in his right knee last season. He is the best closer in the history of baseball, but father time spares nobody. If Rivera falters, David Robertson is poised to step in as the Yankees closer, though he has five career saves in parts of five Major League seasons. The club signed veteran right-hander David Aardsma, who has experience as a closer.

The DH and catcher spots are the most prominent question marks in the Yankees rotation. They signed the injury-prone left-handed hitting Travis Hafner to serve as the DH against right-handed pitchers. Against lefties, manager Joe Girardi could start Eduardo Nunez at third and Youkilis and Teixeira at first and DH.

Non-roster invitees like outfielders Matt Diaz and Juan Rivera along with infielders Jayson Nix and Dan Johnson will battle for spots on the opening day roster.

Behind the plate, top prospect Gary Sanchez will likely open the 2013 season at the Double-A level. Russell martin departed via free agency, so Francisco Cervelli, Chris Stewart and Austin Romine will contend for two vacancies.

A-Rod’s hip. Jeter’s ankle. Rivera’s knee. The presence of injury-plagued names like Youkilis and Hafner, who are being counted upon for significant contributions. The rotation beyond Sabathia and perhaps Kuroda (if he can duplicate last year’s success). The  offensive production from the catcher’s spot. The 2013 season brings an abundance of questions for the Yankees, yet they are still a legitimate contender for a post-season spot. The path will not be as certain this year as it has been in previous campaigns though. 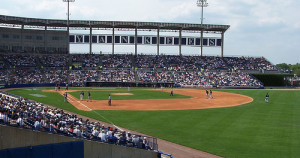 Built in 1996, George M. Steinbrenner Field is named after the late Yankees owner. Seating 11,076, the ballpark is a popular destination in spring training and tickets are challenging to secure.

Just as they are at Yankee Stadium, 15 of the greatest Yankees (like Babe Rith, Joe DiMaggio and Mickey Mantle among others) are honored at the club’s spring training home with a retired number and plaque.

In Tampa Bay you don’t have to look too far for adventure. Packed with excitement, the bay area offers visitors an explosion of educational, entertaining and cultural attractions.

Explore the wonders of Tampa Bay’s scientific playground at MOSI, where you can experience the force of a Gulf Coast Hurricane. Come face-to-face with more than 350 species of animals roaming free on the Serengeti Plain at Busch Gardens or visit the Manatees at Tampa’s Lowry Park Zoo. Find what lurks in the depths of the dark icy-cold waters 2,000 feet below the Gulf of Mexico’s surface at The Florida Aquarium.

Explore over 400,000 square feet of interactive activities inside Tampa’s Museum of Science & Industry (MOSI).the largest science center in the southeastern United States. MOSI features over 450 exhibits on natural disasters, astronomy, aerospace, health and medical sciences, including The Saunders Planetarium and the IMAXR Dome Theatre projecting images on a five-story, dome-shaped screen! Experience the High Wire Bicycle and pedal a bicycle on a 1-inch cable suspended 30 feet above the ground, lie on a Bed-of-Nails inside Kids In Charge.

Ybor City is a must-see destination in Tampa

It began in 1885 when Don Vicente Martinez Ybor (pronounced EE-bore) – a Cuban cigar factory owner – fled the political and labor unrest of Cuba to establish his cigar empire in Tampa. 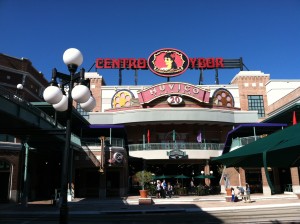 Ybor‟s factories prospered and attracted Cuban, Spanish, Italian, German and Jewish immigrants to work in the factories or open their own businesses. People referred to it as “Mr. Ybor‟s City,” which over the years evolved into the name Ybor City. At the industry‟s peak, the district‟s 200 cigar factories employed 12,000 cigar workers and produced an estimated 700 million cigars annually. But as industry issues such as mechanization and the popularity of cigarettes, and national factors such as the Great Depression and prohibition took their toll on the city, the cigar district declined.

Since Ybor City was declared a National Historic Landmark District in 1991, the once forgotten “cigar city” has evolved into a lively Latin Quarter attracting visitors with its unique history, distinctive architecture and festive atmosphere. The wrought-iron balconies, brick streets, globe street lamps, boutiques, coffeehouses and nightclubs are evidence that cultural heritage is as important now as it was at the turn of the century. The now trendy district even has its own namesake beer “Ybor Gold.”

The Ybor City Museum State Park exhibits tell the story of the immigrant life and Ybor‟s cigar making history. The State Park complex covers approximately one-half of a city block and
includes an ornamental garden and multiple restored cigar workers‟ houses called casitas, meaning little houses. Visitors can tour the interior of one of the casitas to gain an appreciation for the “shot-gun” style homes in which many cigar makers and their families resided.

The main museum facility is housed in the former Ferlita Bakery building, which is listed on the National Register of Historic Places. Four additional restored casitas were recently relocated to the State Park. The casitas, along with a brick building that was once the Dos Amigos Restaurant, are being leased to businesses that will revitalize the neighborhood and create an authentic street scene that replicates Ybor City‟s heyday.

Florida’s oldest restaurant, the Columbia Restaurant, named after the ballad – “Columbia, Gem of the Ocean,” first opened on 7th Avenue in 1905. Patrons used to gather in the small cafe to drink steaming cups of Cuban coffee and discuss the news of the day. Today the Columbia continues to be run by the 4th and 5th generations of its founder, Casimiro Hernandez Sr. Tampa‟s palace of Spanish/Cuban cuisine is the largest Spanish restaurant in the nation. It occupies an entire city block with 17 dining rooms that can seat up to 1,700 patrons. It’s known for its Spanish tile, colorful decor, super paella, and flamenco dancers.

The best way to see these historic sites and experience the true essence of Ybor is through a guided walking tour. One-hour tours are available Saturdays at 10:30 a.m. from the Ybor City State Museum. The $5 Ybor City Walking Tours include admission to the museum, casitas and gardens and a stroll on 7th Avenue. Customized Historic Tours organizes group tours by Rosann Garcia, the daughter of an Ybor City cigar roller.

Chic art galleries, eclectic restaurants, movie theaters, unusual shops and exciting nightclubs have combined with historic sites, buildings and statues to create a vibrant neighborhood that oozes history by day and pulsates with entertainment by night.

Ybor City has earned the name, “Nightlife Capital of Florida’s West Coast,” and that is no exaggeration. From 30,000 to 40,000 people converge in the lively Latin Quarter on a typical weekend night and two million visitors come every year. 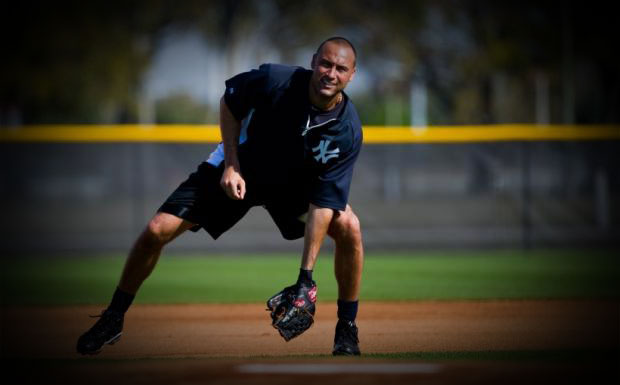 For ticket information and for a Yankees spring training schedule, visit here.