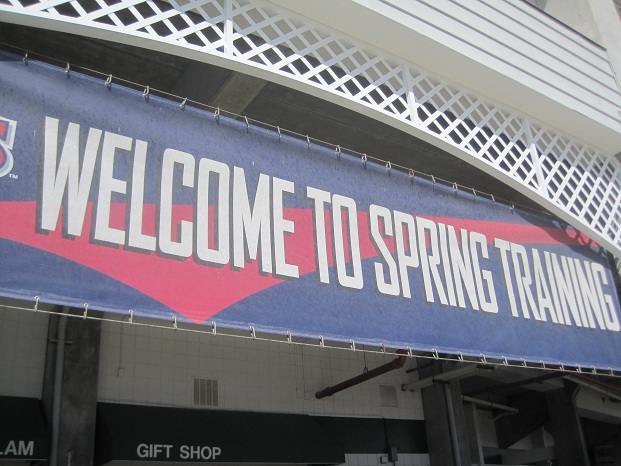 Once praised as a small market team who still thrived as a perennial contender, the Minnesota Twins lost 99 games and 2011 and 96 last season. A lack of effective starting pitching weakened  the club during those campaigns, and in 2013 the rotation is a question mark yet again. 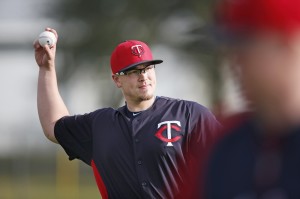 The Twins did acquire Vance Worley from Philadelphia in the Ben Revere trade, and they signed Kevin Correia and Mike Pelfrey. All three are expected to be part of the rotation along with holdovers Scott Diamond and Liam Hendriks. Another free agent signee, injury prone Rich Harden, could make an impact, if he can remain healthy – which is the disclaimer attached to him throughout his Major League career.

Alex Meyer, a highly regarded prospect brought in from Washington for Denard Span; and Kyle Gibson, a former first rounder of the Twins who has recovered from Tommy John surgery, have frontline starter potential, but they are not expected to be Major League ready until 2014 at the earliest.

Not only do the Twins lack a true ace, but they also do not have an established closer. 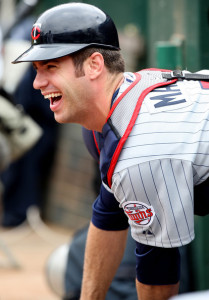 With a rotation that will likely take its lumps, the Twins lineup will need to produce an ample amount of runs. Joe Mauer and Justin Morneau (who is in the last year of his contract) are back. Left fielder Josh Willingham and third baseman Trevor Plouffe have pop, but the rest of the batting order will feature names like right fielder Chris Parmelee, second baseman Jamey Carroll, catcher/DH Ryan Doumit, shortstop Pedro Florimon and center fielder Darin Mastroianni. It is not exactly a group that strikes fear in opposing pitchers.

The Twins desperately need top prospects like third baseman Miguel Sano and outfielder Byron Buxton to make a rapid climb through the farm system to bolster the lineup just as they need Meyer and Gibson in the rotation, but that will not happen in 2013.

Another rebuilding year is in store for the Twins, which could top 100 losses. 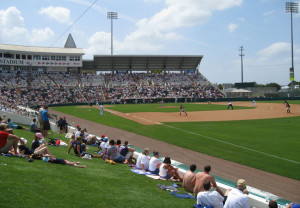 When the Minnesota Twins spent their first spring training at the Lee County Sports Complex in 1991, it was the beginning of a memorable season that ended with a World Series title. This February marks the start of the 23rd spring training the club has played at the complex, which includes five and a half fields, including the 7,500-seat Hammond Stadium.

The  ballpark was named Bill Hammond Stadium late in the 1994 spring training season to recognize the Deputy County Commissioner who was instrumental in having the complex constructed for the Twins.

Fans are treated to several fun spots at Hammond Stadium. The Beer Garden is a gathering spot before, during and after the game. The Bullpen Picnic Pavilion is situated on the left field side concourse. Near the stadium entrance, Fountain Plaza features a waterfall fountain. Aisles in the parking lot are named after former Twins stars like Tony Olivia and Harmon Killebrew among others.

From the panhandle down to the keys, Florida boasts a plethora of unspoiled white sand beaches, exotic wildlife and lush subtropical foliage, but these characteristics are most prominently showcased by nature in Ft. Myers and its beaches and islands.

The area features a myriad of golf courses, tennis clubs and water sports activities. In fact, you can boat straight across the state of Florida from Fort Myers/Sanibel to Palm Beach via the Caloosahatchee River and Okeechobee Waterway, which are part of the Intracoastal Waterway.

Yet why venture elsewhere when there is so much to explore here? The Ft. Myers area consists of nine distinct sections. Sanibel and Captiva islands are widely known and are connected to the mainland by a three-mile-long causeway and to each other by a tiny bridge at Blind Pass.

Sanibel Island is renowned worldwide for its shelling. More than 400 varieties of shells can be found on the beaches, especially after an especially high or low tide.

En route to Captiva Island, which is situated at Sanibel’s northern tip, the J.N. “Ding” Darling National Wildlife Refuge houses many exotic species of birds and plants. The refuge covers more than half the island. A four-mile drive with access to walking and canoe/kayak trails offers nature enthusiasts the chance to see alligators and long-legged wading birds.

Off the coast of Sanibel and Captiva islands, boaters can venture to 100 outer coastal islands. Many are uninhabited mangrove clusters and others are adorned with secluded  beaches. North Captiva and Cayo Costa Island Preserve are known for their mostly deserted and alluring coastlines and exceptional shelling.

Built atop an ancient Calusa Indian shell mound, Cabbage Key is an island located at mile-marker 60 on the Intracoastal Waterway. Mystery writer Mary Roberts Rinehart helped her son construct his home here in 1938. It is now a cozy inn with six guest rooms and a dining room papered in thousands of autographed dollar bills. The tradition, which has generated at least $70,000 worth of signed George Washingtons, started when a thirsty fisherman left his bill taped to the wall.

Here are some must-see destinations when visiting the Ft. Myers area:

The four mile, round-trip Indigo Trail leaves from the Education Center parking lot and ends at the cross-dike, which extends from Wildlife Drive. Along the trail, visitors often spot wildlife such as alligators, night heron and white ibis. The Wulfert Keys Trail is a 1/4 mile trail leading to a view of Pine Island Sound. The Shell Mound Trail is a 1/4 mile interpretive boardwalk where visitors learn about the ancient Calusa Indian tribe and the native vegetation while reading interpretive panels along the boardwalk.

Located at mile marker 60 on the Intracoastal Waterway, Cabbage Key has a marina, historic inn, picturesque dining room, water tower view of Pine Island Sound and nature trails. Useppa Island, which operates as a private club, relives the glamour and history of a bygone era with pink pathways, lush vegetation, authentic “old Florida” architecture and the Collier Inn restaurant, as well as an island museum.

Also on Captiva Island, Captiva Kayak Company & Wildside Adventures embarks on excursions to bays, beaches and bayous on Back Bay and ecological tours to Buck Key.

In Ft. Myers, The Butterfly Estates is a new attractions located in the River District downtown. Guests are surrounded with thousands of butterflies at this botanical garden and butterfly habitat with cascading waterfalls and lush tropical nectar plants.

Of course, the centerpieces of Ft. Myers are the Edison & Ford Winter Estates.

For 15 miles, Fort Myers’ McGregor Boulevard is lined on both sides with statuesque royal palm trees, the first 200 of which were imported from Cuba and planted by Edison.

Edison, who spent many winters in Fort Myers, is considered the most inventive man who ever lived, holding 1,093 patents for everything from light bulbs, cement and phonographs to the natural rubber he made from goldenrod.

Edison’s 14- acre riverfront estate is steeped in history. The inventor’s “old-Florida” style home, laboratory and experimental gardens have been authentically maintained.  With 225,000 guests each year, it is one of the most visited national Historic Homes in the country. The Estates include nine National Register Historic buildings along with the botanical and research gardens.

Rare antique automobiles and Edison phonographs are among the carefully preserved artifacts. His gardens are a wonderland of rare and exotic tropical vegetation, including a banyan tree that was a gift from Harvey Firestone in 1925. It is now the largest banyan tree in the continental U.S.

The laboratory is where Edison turned goldenrod to rubber. The home and guesthouse, built in 1886, are on the National Register of Historic Places. They were deeded to the City of Fort Myers in 1947 by Edison’s widow, Mina Miller Edison, and opened to the public that same year.

After exploring the Edison Home, visitors can walk next door to the winter home of automobile industrialist Henry Ford. Ford purchased the 3 1/2-acre estate in 1916 to spend the winter months visiting his friend Edison. Ford’s home, “Mangoes,” has undergone extensive renovation to bring it back to the period when he and his wife Clara lived there. A 1914 Model T, 1919 Model T, 1917 Ford Truck, and 1929 Model A also are on display. 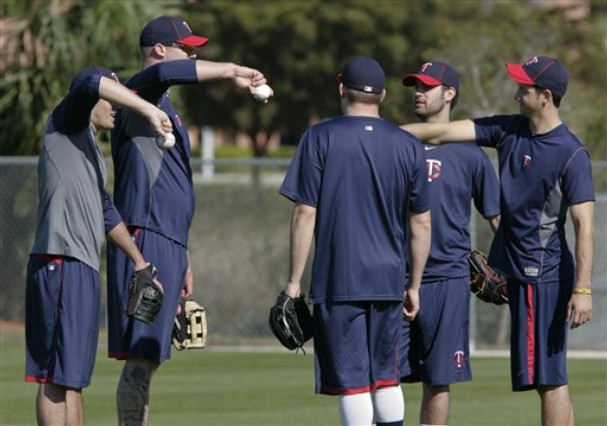 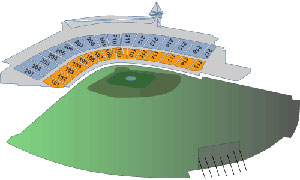