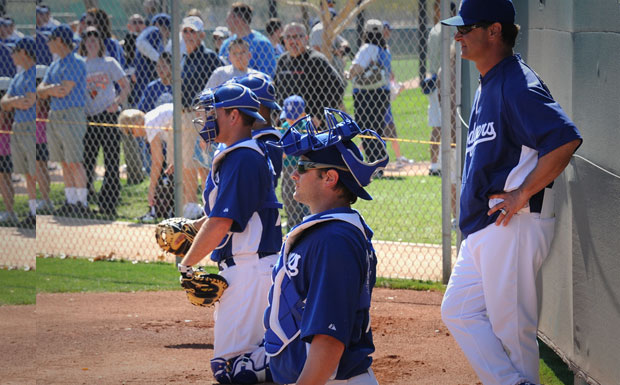 Since the arrival of their new ownership group arrived, the Los Angeles Dodgers have developed the reputation as the New York Yankees of the National League, minus a World Series title. The club made several shocking moves last season – including trades for Hanley Ramirez, Shane Victorino, Joe Blanton and the blockbuster deal with Boston that yielded Adrian Gonzalez, Josh Beckett and Carl Crawford. 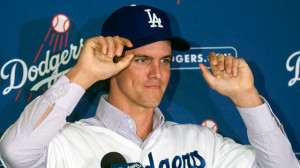 This offseason, the Dodgers added free agent prize Zack Greinke and Korean right-hander Hyun-Jin Ryu, and they will follow left-hander Clayton Kershaw in the rotation. Chad Billingsley suffered a partially torn right elbow ligament last summer, but instead of undergoing Tommy John surgery, he opted for rehab and expects to be in the rotation. It is uncertain if Billingsley and veteran left-hander Ted Lilly (who is returning from shoulder surgery that prematurely ended his 2012 season) will remain healthy, which makes the presence of Beckett, Aaron Harang and Chris Capuano important.

Kenley Jansen (who saved 25 games for the dodgers last year) and Brandon League give the club two closer types in the bullpen.

Crawford, who had Tommy John surgery last summer when he was with the Red Sox, says he will be ready by opening day. If he is healthy, the Dodgers will have an outfield that also includes Matt Kemp and Andre Ethier. That trio, and Gonzalez and Ramirez, give manger Don Mattingly a lineup core capable of scoring ample runs to support the deep rotation.

A.J. Ellis (catcher) and Mark Ellis or Skip Schumaker (second base) are complementary lineup pieces. Third base is a question mark. If the Dodgers opt to play Rammirez at shortstop, then Luis Cruz, Jerry Hairston Jr. and Juan Uribe will contend for playing time at the hot corner. The club could use Ramirez at third and start speedster Dee Gordon at shortstop. Gordon swiped 32 bases in 87 games and 303 at-bats last season, but he batted just .228.

Considering that the Dodgers have a seemingly unlimited payroll, it would not be surprising to see them acquire a shortstop or a third baseman before opening day. 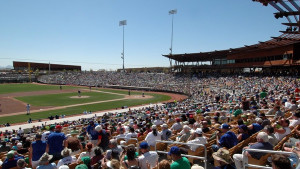 Covering a sprawling 141 acres, Camelback Ranch – Glendale is one of the most spectacular spring training settings across Major League Baseball. Situated west of Phoeniz – Glendale is called the West Valley –  Camelback Ranch is more like a campus than a complex. The spring training home of the Los Angeles Dodgers and the Chicago White Sox and includes a fully-stocked lake, practice diamonds, walking paths, Southwest architecture, native landscaping and desert vistas.

In all, Camelback Ranch is composed of 13 full baseball fields and three half-fields. It is also the largest in the Cactus League with a capacity of 13,000, which includes 3,000 lawn seats, 12 luxury suites and a party deck. The mountain views from the ballpark are mesmerizing.

Two of the 12 practice fields are replicas of the Dodger Stadium and U.S. Cellular Field and feature the same dimensions of what players will find back in Los Angeles and Chicago.

Camelback Ranch – Glendale is considered a paradise for baseball enthusiasts. Glendale itself is a mecca for sports fans. The city and the West Valley are home to the NFL’s Arizona Cardinals, the NHL’s Phoenix Coyotes, the annual Tostitos Fiesta Bowl, NASCAR’s Phoenix International Raceway and the Wigwam Resort and Golf Club (regarded as one of the Southwest’s top-ranked golf courses). 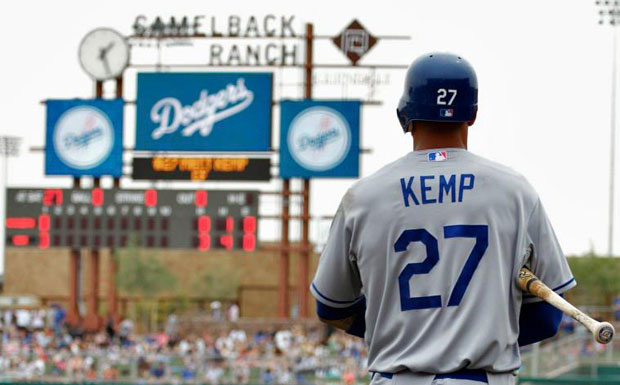 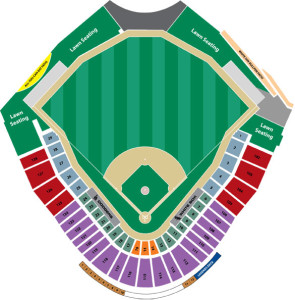 Prices are higher on the day of the game and for premier games.