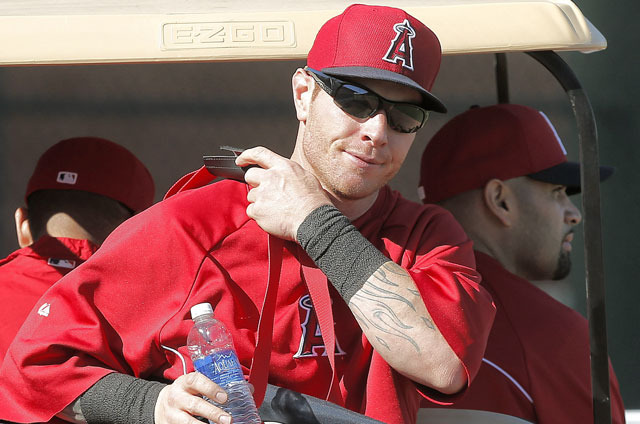 Upon signing first baseman Albert Pujols and left-hander C.J. Wilson after the 2011 season, the Los Angeles Angels were the popular choice to claim a World Series title last October. Instead, they didn’t reach the playoffs. This offseason, the club added prized free agent outfielder Josh Hamilton, giving it one of the best lineups in baseball. The Angels are not a sure thing for the playoffs, though. Starting pitching will determine their fate. 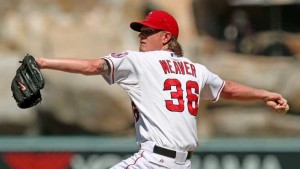 Jered Weaver and Wilson top the rotation, and they will be supported by acquisitions Jason Vargas, Tommy Hanson and Joe Blanton. The Angels cannot afford Weaver or Wilson to miss time since there is not a lot of  rotation depth.

The bullpen is a question mark with free agent right-hander Ryan Madson projected as the closer, if he can remain healthy. Coming off Tommy John surgery, Madson is already experiencing elbow discomfort. Sean Burnett, Ernesto Frieri, Scott Downs, hard-throwing Kevin Jepsen, Garrett Richards and top prospect Nick Maronde (a left-hander) hope to fill out the remainder of the pen.

Kendrys Morales and Torii Hunter are playing elsewhere, but the Angels lineup will be bolstered by Pujols, Hamilton, Mark Trumbo, Howie Kendrick and one of the best players in the game – 2012 American League Rookie of the Year and MVP Runner-Up Mike Trout.

The Angels would like top prospect Hank Conger to emerge as a viable starting catcher, but veteran Chris Iannetta will likely open the 2013 campaign in the lineup behind the plate.

Erick Aybar is a proficient shortstop, but Alberto Callaspo is not the traditional power-hitting third baseman. Manager Mike Scioscia will need more production from Callaspo this season than in 2012, when he batted .252 with 10 home runs and a .692 OPS.  The skipper will also need center fielder Peter Bourjos to contribute. The Angels could always start Vernon Wells in left field and Trout in center.

Aside from the young and rebuilding Houston Astros, which are making their American League debut this season, the American League West will feature strong competition. Even without Hamilton, the Rangers expect to contend. Seattle upgraded its roster this offseason.

Oakland has impressive starting pitching and has a legitimate chance to defend its division title. The Angels lineup will strike fear in many opposing pitchers, but championships are not won on paper, and a post-season spot is not assured.

This year marks the 20th consecutive season that the Los Angeles Angels are holding spring training in Tempe, Ariz. where their home games are played at Tempe Diablo Stadium. 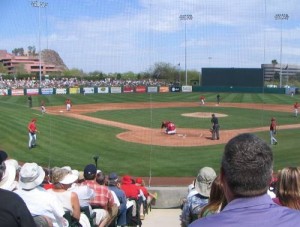 Resting at the base of the Twin Buttes, one of which soars above the left field fence, Tempe Diablo Stadium includes a rocky hill topped with an American flag that offers an inviting backdrop. Sitting on a hillside, the stadium is the only non-street level ballpark in the Cactus League.

Tempe Diablo Stadium’s attractive exterior facade is highlighted by the Angels’ halo logo. Inside, pennants from the years the Angels have gone to the playoffs are affixed to the facade of the press box. The stadium first hosted spring training in 1969 and underwent an extensive $5.9 million renovation to lure the Angels to Tempe in 1993. The park had more renovations in 2006.

Games are played on Gene Autry Field, which was named in honor of the original and longtime Angels owner in 1999, the year after he passed away.

Tempe Diablo Stadium is owned and operated by the City of Tempe Parks and Recreation Department, and previously housed the Seattle Pilots, Milwaukee Brewers (1969-71) and Seattle Mariners (1977-92).

Home to Arizona State University (ASU), one of the largest universities in the country, Tempe is a symphonic blend of culture, sunshine and style where visitors can experience special events, see Broadway shows, discover the Sonoran Desert, and explore entertaining shopping and dining districts when they are not watching Angels spring training.

The pedestrian-friendly Mill Avenue District is home to an eclectic array of more than 70 shops, restaurants, taverns and nightclubs and is also within easy walking distance of hotels, ASU and outdoor recreation at Tempe Town Lake.

From visual arts to live entertainment, Tempe’s arts scene is thriving. See a performance with the whole family at the Tempe Center for the Arts, a visually stunning venue located on the shore of Tempe Town Lake. ASU Gammage, a theater designed by Frank Lloyd Wright, is home to the successful Progressive Broadway Across America – Arizona series each year. The ASU Herberger Institute for Design and the Arts presents a full calendar of student exhibitions, dance performances music and theater productions. There are also more than 20 free museums and galleries at ASU, ranging from contemporary art to science to historic collections.

Arizona Mills offers the ultimate shopping experience with more than 175 popular name-brand stores, all offering discount prices, and entertainment venues such as GameWorks and Harkins IMAX Theatre. SEA LIFE Arizona is a highly themed aquarium, built specifically for kids, that transports visitors into the amazing ocean world providing close encounters with a vast array of creatures.

Tempe combines the conveniences of a city with the adventure of outdoor recreation. The city boasts an enviable climate, with at least 330 days of sunshine a year, making it easy to actively enjoy the outdoors.
One of the most unique features in Tempe is Tempe Town Lake, a 220-acre urban oasis, located just north of ASU and the downtown Mill Avenue District.

Tempe Town Lake is a favorite spot for boating, kayaking, fishing and rowing. Visitors can rent pedal boats, paddleboards, kayaks, pontoon boats, hydrobikes and more from Tempe Boat Rentals. Crew teams from universities around the country have used the lake for practice, and it is also home to the Tempe Junior Crew and Rio Salado Rowing Club.

Tempe has more than 170 miles of dedicated and well-connected bikeways, providing easy access to the picturesque ASU campus, Tempe Town Lake, the Mill Avenue District, Kiwanis Park or any one of the historic neighborhoods. Bicycles are available for rent at The Bicycle Cellar, located at the Tempe Transportation Center.

Beautiful desert vistas can be explored by jogging through Papago Park on 13 miles of scenic, mountain trails. Runners and hikers also enjoy climbing “A” Mountain, located in the heart of the Mill Avenue District. The quick ascent provides a bird’s eye view of Tempe. Just south of the city, you’ll never tire of the endlessly beautiful, and sometimes challenging, hiking and mountain biking trails at South Mountain Park/Preserve, the largest municipal park in the U.S. 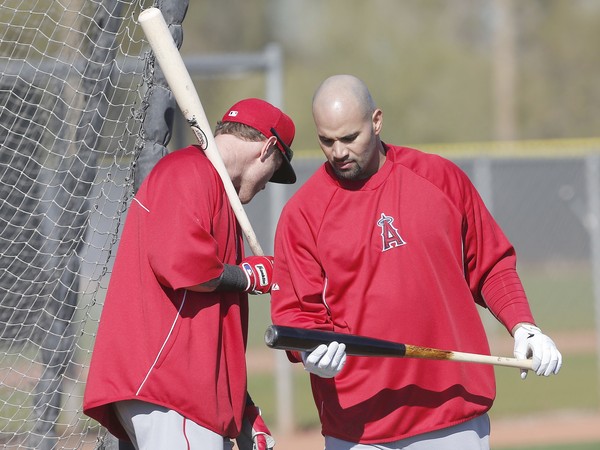 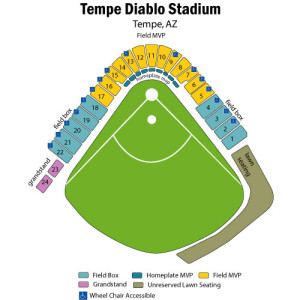 For ticket information, and for the Angels spring training schedule, visit here.