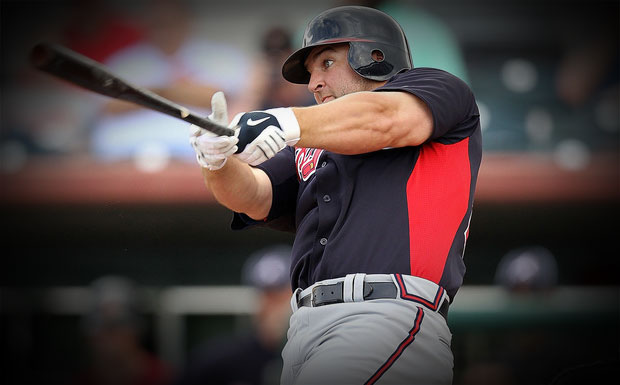 Spring training is a time of optimism for players, managers, coaches and fans of all 30 Major League teams, but it would be difficult to find a club with higher hopes and more magical visions about October than the Atlanta Braves.

Even before the Braves took part in one of the most prominent off-season trades, they were well-positioned for 2013 after signing free agent outfielder B.J. Upton to join a lineup that already included right fielder Jason Heyward, first baseman Freddie Freeman, second baseman Dan Uggla, catcher Brian McCann and exciting young shortstop Andrelton Simmons.

The rotation projects as one of the best in the National League with Kris Medlen, Tim Hudson, Mike Minor, Paul Maholm and Brandon Beachy with right-hander Julio Teheran (one of the game’s top pitching prospects) competing for a spot.

With Heyward and the Upton brothers, Atlanta boasts one of the game’s most athletic outfield trios. In Johnson, the Braves brought in a productive 28-year-old right-handed hitter to fill the void created by Chipper Jones‘ retirement.

Supported by a deep rotation, a bullpen of live arms and a potent lineup , the Braves expect to contend with the Washington Nationals for the National League East title. 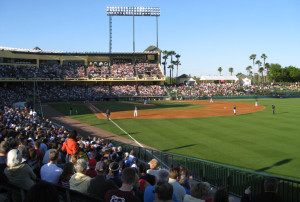 Defined by its Spanish Mission style design, the 9,500-capacity Champion Stadium is located at ESPN’s Wide World of Sports on Disney World property in Kissimmee and is one of the most visually stunning spring training ballparks.

The only double-decked stadium in the Grapefruit League, Champion Stadium is undeniably Disney World with entertainment between innings and post-game fireworks.

Champion Stadium is ideal lounging on a blanket overlooking the field on a grassy berm down the left field line and behind the left field wall. With two levels, there are an abundance of seats.

Adjacent to the ballpark, the PlayStation Pavilion is a venue where children and adults alike can play PS3 games. Fans can also explore the myriad of fields, tracks and arenas that compose the Wide World of Sports complex. The Orlando area has a plentiful supply of hotels and resorts, but if they prefer, guests can stay on Disney property and venture to the popular Disney World theme parks when they are not watching Braves spring training games.

Since Walt Disney waved his magic wand and created what today is the most recognizable theme park in the early 1970s, Orlando has not been the same. Once a sleepy town nestled amid orange groves and lakes, this Central Florida tourist mecca is the theme park capital of the world. Yet there is more to Orlando than Disney World and Universal Studios alone.

Twice the size of Manhattan with its 47 square miles, Orlando challenges visitors who prefer a well-planned vacation. The key is knowing the details behind the well-known destinations, and the hidden gems, in Central Florida.

Disney World, of course, is the starting point for many Orlando visitors. This haven for children and adults alike is not a theme park alone. Instead, it’s a sprawling complex of assorted diversions, including several theme parks, resorts, golf courses, and water parks. There are even two shopping and entertainment complexes, Downtown Disney and Disney’s Boardwalk.

Epcot, which is a amusement park and world’s fair in one; The Magic Kingdom, the center of Mickey Mouse mania and the most popular theme park in the nation; Disney-MGM Studios, which is Disney’s recreation of Hollywood with the addition of dramatic rollercoasters; and Animal Kingdom, the lushly landscaped theme park with rides and up-close safari encounters with exotic animals on 100 acres; compose Disney World’s empire in Orlando. Water parks Typhoon Lagoon and Blizzard Beach bustle with activity during the sweltering months.

North of Disney World – yet just a few exits away – Universal Orlando adds to the dizzying array of tourist attractions with two theme parks, three luxury resorts, and an entertainment complex called CityWalk, which is home to several unique restaurants, clubs, shops, and entertainment venues. Univeral Studios features exhilarating rides like Back to the Future, the ultimate simulator ride; and the longtime special-effects star among theme-park rides, Terminator 2 3-D, which combines a spectacular 3-D film, live Arnold look-alikes whizzing around on bruising Harley-Davidsons, and bone-chilling fog among other features. Islands of Adventure is home to the Incredible Hulk Coaster and the double coaster, Dueling Dragons. Dudley Do-Right’s Ripsaw Falls was the first flume ride with an underwater excursion. 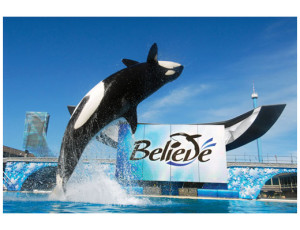 At SeaWorld Orlando, the animals are the featured attractions. The world’s largest zoological park, SeaWorld is a sanctuary for mammals, birds, fish, and reptiles that live in the oceans and their tributaries. The highlight is Shamu Stadium, where you can see Shamu and his sidekicks perform like gymnasts. Discovery Cove, a separate attraction, allows guests to personally interact with a dolphin, splash around an artificial reef, snorkel in an artificial river, and wade amid real stingrays.

Beyond the major attractions, Orlando is home is a multitude of hidden gems, natural wonders and nostalgic destinations. More than 300 lakes, springs, and rivers dot the Central Florida landscape. There are numerous parks and gardens, many with trails for walking and hiking, and the area’s wildlife sanctuaries and zoos showcase Florida’s animal inhabitants.

One of Central Florida’s most famous nostalgic attractions is Gatorland, which is located between Orlando and Kissimmee. Ideal for a half-day side trip and less than half the price of the major theme parks, Gatorland opened in 1949 with a handful of alligators living in huts and pens. The destination now houses thousands of alligators and crocodiles on its 70-acre environment. Guests meander along a 2,000-foot boardwalk that winds through a cypress swamp and breeding marsh. The Gator Jumparoo is a crowd-pleasing show where the massive reptiles lunge as high as five feet out of the water to snatch and then devour a hunk of meat from a trainer’s hand – not the trainer’s hand itself.

Minutes from the heart of Orlando, Winter Park is an elegant and cosmopolitan suburb that is rich in culture, history, art, nature and fine dining and shopping. Along Park Avenue, a restored red-brick street lined with decorative wrought-iron lampposts and lush greenery exudes old-world charm.

Winter Park is the opposite of Orlando’s theme park district. The town’s residents relish the serenity of giant oaks draped in Spanish moss, tropical plants, 70 parks and 17 lakes. Gardenias grow next to pine trees, ospreys nest in tall cypress, and cranes and water lilies fringe the endless shorelines of its lakes.

Culture is the main attraction here. The Charles Hosmer Morse Museum of American Art houses one of the finest collections of Louis Comfort Tiffany glassware, ceramics, furnishings, pottery, mosaics and lamps in the world. Located right next to Central Park in downtown Winter Park, the museum is highlighted by the breathtaking chapel that Tiffany created for the 1893 Chicago Exposition.

Winter Park is also a town of immaculate mansions situated on pristine lakes. Today, the best way to see these estates – which include an array of architectural styles including Georgian, Mediterranean and modern – is from the lakes around them. The Scenic Boat Tour of Winter Park provides a glimpse. The hour-long journey covers 12 miles of water on three major lakes and through the canals that connect them.

Winter Park also offers the Cornell Fine Arts Museum, Orlando Museum of Art, the Mennello Museum of American Folk Art and the Holocaust Museum. The Cornell Museum on the campus of Rollins College is the largest public museum in Florida. 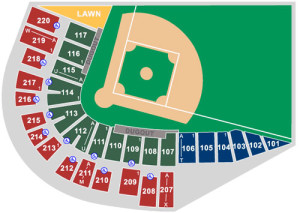