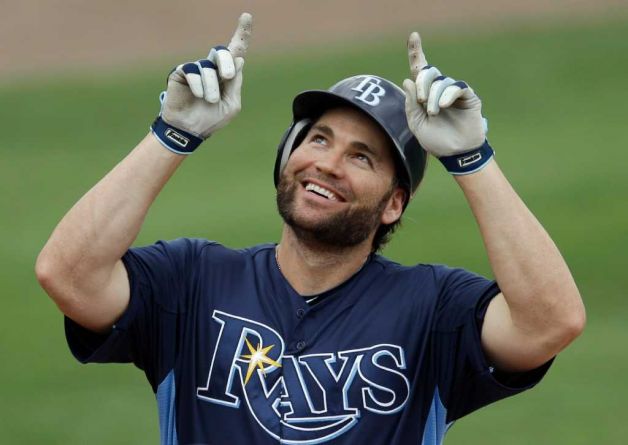 The Tampa Bay Rays have reached an agreement to re-sign Luke Scott  according to Mark Topkin of the Tampa Bay Times. Scott was limited in 2012 with injuries and two trips to the disabled list. Scott hit 14 home runs and hit .229/.285/.439 in 344 plate appearances. Throughout the off-season the Rays and Scott have maintained a mutual interest in his return to Tampa Bay.

Scott’s best year came in 2010 with the Baltimore Orioles when he it 27 home runs, 29 doubles and posted a slash line of 284/.368/.535. The Rays have been in search of a designated hitter, outfielder and bullpen help. Earlier today the Rays announced the signing of veteran right-hander Kyle Farnsworth to a one-year deal.  Scott made $5 million last year in terms of the new deal have yet to be reported.

An outfielder still remains a need for the offensively challenged Rays in a shrinking free-agent market. Corresponding moves will have to be made for Scott and Farnsworth to be added to the 40 man roster.