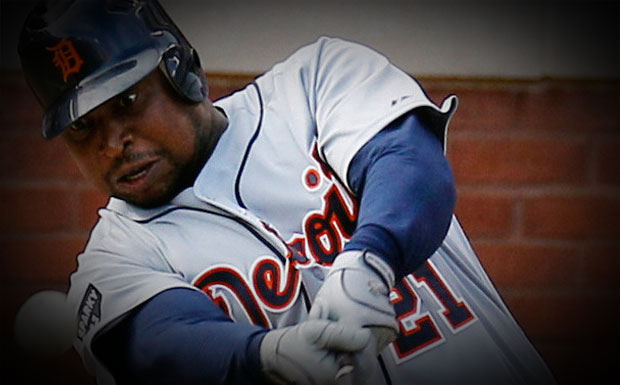 The Philadelphia Phillies  have  reportedly signed right-handed free-agent outfielder Delmon Young. The deal is for one yea$750,000.  As reported earlier Phillies general manager Ruben Amaro Jr. has been looking to add a corner outfielder to the team. “We’re looking for low-risk, high-reward guys if we can,” he said. Apparently Young fits that description.

Young hit 267 with 18 homers and 74 RBI in 151 games for the Detroit Tigers in 2012 and added three home runs and seven RBI in the ALCS and World Series. The Phillies had considered free-agent Scott Hairston and have had talks about trading for Vernon Wells of the Los Angeles Angels.

Young  was also drawing interest from the Rays for a potential  return to Tampa Bay. Young was a high ceiling right-handed hitting prospect when he was selected first overall in the 2003 draft by Tampa Bay Rays. Young was eventually traded the Minnesota Twins and drove in 112 runs for the Twins and 2010. Young had a $6 million option that was declined at the end of the season and received a $1 million buyout. Young would not require a big-money deal, something that would interest Tampa Bay.

Young has had a history of off the field problems. Young was arrested outside a New York hotel in April of 2012, intoxicated and accused of shouting anti-Semitic slurs. Major League Baseball suspended Young for seven days, and he later apologized.

Omnicell, Inc. Expected to Announce Earnings of $0.91 Per Share

SeaChange International, Inc. Expected to Announce Earnings of -$0.06 Per Share