Which Luke Hochevar Did The Kansas City Royals Sign? 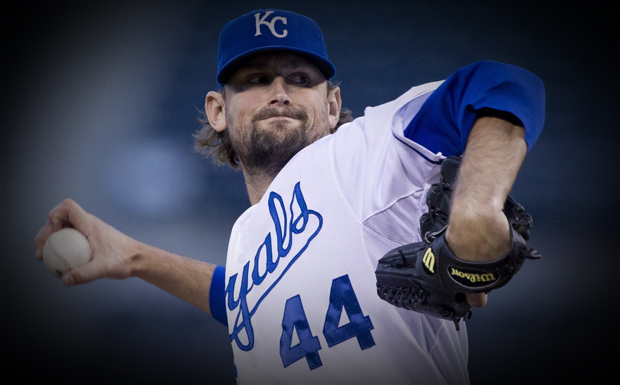 The Royals re-signed free agent Jeremy Guthrie during the offseason and traded for James Shields, Wade Davis and Ervin Santana, which means that Hochevar will battle Bruce Chen, Luis Mendoza and Will Smith for the fifth spot in the rotation. Hochevar was involved in trade rumors all winter, leaving Royals fans scratching their collective heads over keeping Hochevar on the roster after a less than stellar 2012 to begin with.

The 2012 season was a tale of the very good and the very bad for Hochevar. In 16 of his 32 starts Hochevar pitched to a 2.12 ERA with 87 strikeouts over 106  innings of work. Those are the kind of numbers the Royals expected when the team made Hochevar their number one pick in 2006. Hochevar had a 10.55 ERA in his other 16 starts, the kind of numbers that generally will help a pitcher to find a new career, at the very least a new team.

The Royals obviously our banking on the the hope that they signed the very good Hochevar. Royals general manager Dayton Moore believes Hochevar will be inspired to perform better this season. “Luke is a tremendous competitor, and his stuff is very good,” Moore said. “He is a very tough self-evaluator and he is motivated to perform well, and he’s certainly capable of doing that. “We look forward to having him competing and helping our team win.”