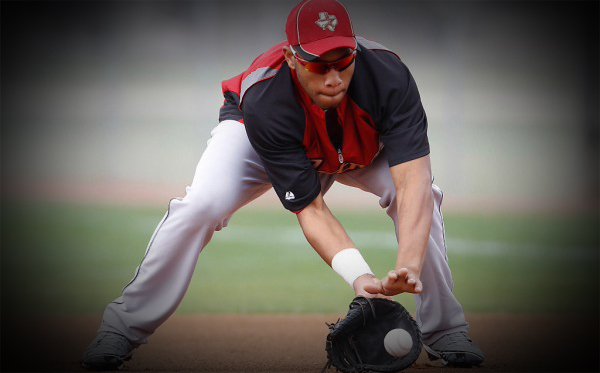 Casual baseball fans snicker at the Houston Astros. Considering that they lost 107 games last year in the National League Central, and they are slated to make their American League West debut in 2013, that humor is understandable. Yet those people who follow minor league baseball recognize that Houston will not have a problem two to three years from now.

Houston’s Major League roster is dotted with exciting young talent like Dominguez, shortstop Jose Altuve, corner infielder Brett Wallace and starting pitchers Lucas Harrell and Bud Norris. The Astros will undoubtedly take another beating in 2013, likely eclipsing 100 losses again, but more homegrown names will get Major League experience, and this will be a team to watch by 2015.

Here are the top 10 prospects in the Astros farm system entering the 2013 season:

1) Jonathan Singleton, a 21-year-old left-handed hitting first baseman, is one of the top offensive prospects in baseball. He will miss 50 games to open the 2013 campaign though, having recently been suspended for the use of marijuana. Singleton, who was dealt to Houston in 2011 from Philadelphia in the Hunter Pence trade, is the club’s first baseman of the future, which could lead the team to trade Wallace or move him to DH at some point.

2) Carlos Correa was a surprise first pick in last summer’s draft. Though highly regarded, he was not projected to go that high, but Houston took him since they could sign him for a less expensive bonus and spend more money on other players in the early rounds. The 18-year-old Puerto Rico Baseball Academy graduate is a plus defensive shortstop with the potential to hit for average and power. Correa has been lauded for his work ethic and his maturity level as well.

3) George Springer was Houston’s first round pick (11th overall) in 2011 out of the University of Connecticut. His quick bat speed fuels tremendous power, and he belted 22 home runs and hit .316 at advanced Single-A Lancaster last season before cooling off in his Double-A Corpus Christi debut, where he batted .219 with two home runs in 73 at-bats. He also swiped 32 bases between the two stops last year.

4) Delino DeShields is the son of the former Major Leaguer with the same name, and the younger DeShields stole 101 bases between two Single-A stops in 2012. The 20-year-old second baseman, who was the eighth overall pick in 2010, also clubbed 12 home runs last year, so he has some power to accompany the speed.

5) Jarred Cosart, who was also arrived in Houston in the Pence trade, is a 22-year-old right-hander who boasts a high 90s fast ball and an intriguing curve ball and change-up. He logged a 3.30 ERA and a 1.40 WHIP between Double-A and Triple-A last year and will compete for a spot in the back of Houston’s rotation in spring training.

6) Lance McCullers was a supplemental first rounder in 2012 out of high school. The son of the former Major League pitcher with the same name (a la DeShields) features a high 90s heater and a plus slider. it is uncertain whether he projects as a closer or a starter at the Major League level.

7) Mike Foltynewicz was Houston’s first rounder (19th overall) in 2010 and had an impressive 2012 campaign at low Single-A Lexington (14-4, 3.14 ERA, 27 starts). The 6-foot-4 right-hander has three plus pitches and with Cosart and McCuller could give the Astros three power arms in the next few years.

8) Rio Ruiz suffered a blood clot in his right shoulder in high school last March, which resulted in his presence on the draft board when Houston plucked him in the fourth round. A defensively superb third baseman, Ruiz has a left-handed bat capable of emerging as a run producer.

9) Nick Tropeano posted impressive college numbers at tiny Stony Brook, which led the Astros to select him in the fifth round in 2011.  He split last season at two Single-A affiliates, recording a 3.02 ERA and striking out 166 in 158 innings.

10) Asher Wojciechowski was shipped to Houston as part of a 10-player trade with Toronto last summer. The Blue Jays supplemental first round pick (41st overall) out of The Citadel in 2010 has a plus fast ball and slider, and spent 2012 at high Single-A and Double-A, registering a 3.09 ERA, including a 2.06 mark at Corpus Christi in the Double-A Texas League.