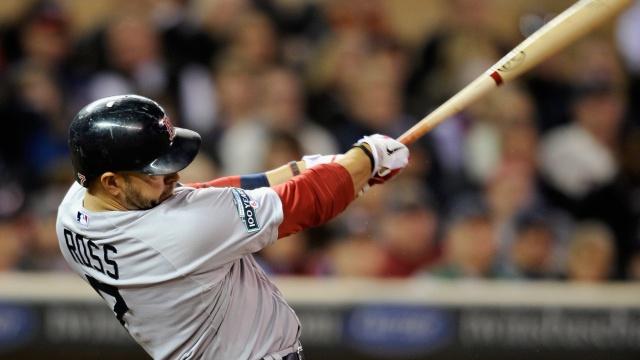 The Arizona Diamondbacks and Cody Ross reached an agreement on a new three-year deal worth $26 million.

The new deal includes a club option for 2016 with a $1 million buyout.

The move marks a return to the NL West for Ross, who was a postseason star for the Giants in 2010.

Ross had been linked to many teams this off-season including the Red Sox and Rangers.

Ross was said to be holding out for third year on his new deal, and the Diamondbacks moved in with stealth like precision to sign the soon to be 32-year-old free-agent outfielder.

You can expect the rumors to begin very soon about which player may be traded.

The team is on record as saying that Upton would not be traded, so it’s possible that Kubel may become part of that discussion.

Brokerages Expect The Bank of Princeton Will Post Quarterly Sales of $15.97 Million