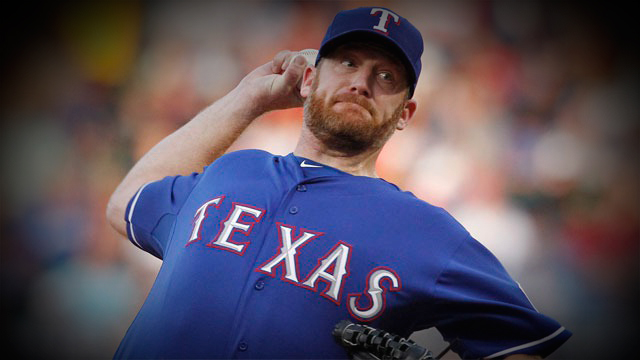 The Red Sox plan to stretch out hard-throwing left-hander Franklin Morales in spring training, but he will likely serve as a long reliever who makes spot starts.

Dempster allowed eight earned runs in two of his first three outings and then settled in to pitch more effectively.

However, Dempster struggled against some of the better lineups in the American League.

In three starts against the Angels, Dempster surrendered 22 hits in 17 runs.

The Oakland A’s had six hits and five runs in three innings after the trade.

The Red Sox were reportedly working on a deal with Dempster, who had previously  turned down a two-year, $25 million offer from Boston.

Durability has been a hallmark of  Dempster’s career, until 2012. Dempster has a strong track record since moving from the bullpen to the rotation with the Cubs in 2008.

Two stays on the disabled list this past season cost Dempster a fifth straight season of 200 innings.

Because he was traded mid-season, he will not cost the team that acquires him a draft pick — a significant consideration for the Red Sox.

The team officially announced the signing of  Shane Victorino.

Victorino will play right field for the Red Sox had  reached an agreement with Boston last week which was finalized today.

Cherington wouldn’t elaborate the delay in announcing was expected to be Mike Napoli‘s three-year, $39 million deal.