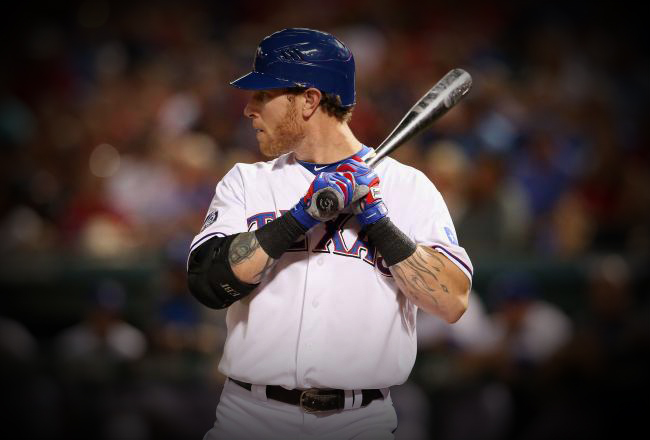 The Angels acted swiftly and decisively to sign Hamilton

Josh Hamilton has agreed to a five-year contract with the Los Angeles Angels worth $125 million, and marks the second year in a row the Angels have signed the top position player on the free-agent market.

The deal is pending a physical.

The Angels were not considered a potential destination for Hamilton, but earlier today it was reported that the Angels GM Jerry Dipoto and Hamilton’s representatives (Moye Sports Associates) were in serious discussions and the deal was struck quickly.

Hamilton hit a career-high 43 homers and drove in 128 runs this season, his fifth in Texas.

Trumbo may become the subject of trade fodder in the coming days, possibly to the New York Mets or the Tampa Bay Rays. Both teams are in a position to give up starting pitching. The Angels have expressed interest in the past in National League Cy Young winner R.A. Dickey

The Texas Rangers reportedly made an offer to the former American League MVP last week, for less guaranteed money.

“I’m a little disappointed in how this went down, but he had a decision to make for his family.” Daniel said.

Texas had previously been told they would have a chance to match any offer made to Hamilton.

Apparently they were only told that Hamilton was no longer on the market.

Just yesterday Texas manager Ron Washington made it clear that  he wanted Hamilton back with the Rangers.

Texas is now lost three key players from the playoff teams of the last three seasons.

Mike Napoli signed with the Red Sox, and the team traded longtime Rangers Michael Young to the Philadelphia Phillies.