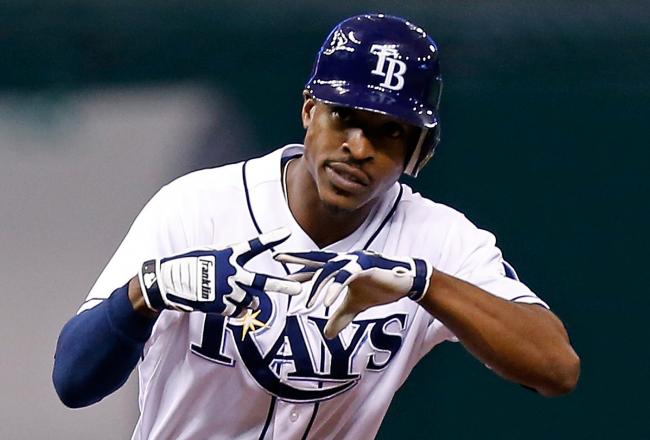 Former Tampa Bay Rays and free-agent outfielder has agreed to sign with the Atlanta Braves .  The market for Upton seemed to take on a life of its own of late, with the  Braves, Philadelphia Phillies, Washington Nationals reportedly are all interested in signing the 28-year-old outfielder.

Washington had made it clear that re-signing Adam LaRoche is the teams top priority leaving the Braves and Phillies as the front runners to acquire his services.

Losing out on Upton may motivate the Phillies to explore its options with free-agent outfielder Michael Bourn.

Upton declined a qualifying offer from the Rays, which means the Rays are now eligible to obtain a top pick in the 2013 draft.

“I’m really blown away by the love other cities are showing me right now,” Upton tweeted. “Can’t wait to see how this pans out.”

ESPN.com’s Jerry Crasnick  was first to report that Upton was in serious negotiations with the Atlanta Braves on a multi-year deal.

At 28, Upton still has years to develop as a player. Upton has a penchant for striking out, 169 times in 2012,  but will hit 20+ home runs and has the potential to steal 40 bases while providing exceptional defense in center field for the Braves.