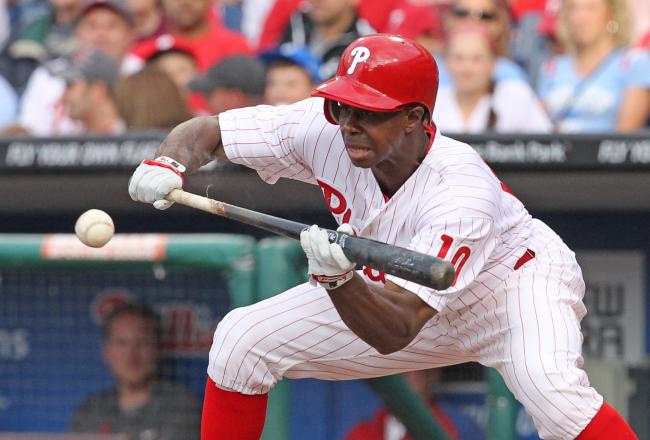 Pierre could hit lead-off for the Miami, provided he isn’t traded

Juan C. Rodriguez of the South Florida Sun-Sentinel reports that Pierre is getting a one-year contract from the Marlins worth $1.6 million. Pierre  played center for the Marlins from 2003-05, and is expected to see extensive playing in the Marlins outfield and possibly hit lead-off for the team. Logan Morrison will likely be playing more first base in 2013 , opening up an outfield spot for Pierre.