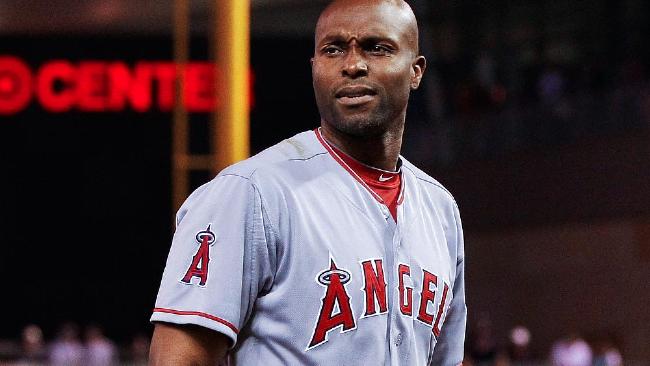 Pending a physical outfielder Torii Hunter will become the newest Detroit Tiger , with a new two year deal worth $26 million. Hunter met with Tigers officials yesterday and immediately the team became the front runners to sign the free agent outfielder.

Hunter wanted to be an everyday player and fits perfectly into a corner outfield spot with the Tigers and can fill-in for center-fielder Austin Jackson if necessary. The Tigers to their credit are not resting on their laurels of reaching the 2012 World Series, losing to the San Francisco Giants in five games.

Hunter adds a potent bat good offense that already features Miguel Cabrera and Prince Fielder. Victor Martinez is expected to be ready in the spring as well.

Hunter , 37, is coming off a outstanding 2012 when he hit .313 with 16 home runs and 92 RBIs for the Los Angeles Angels, who did not extend a qualifying offer to him. Hunter is also a nine time Gold glove winner and adds a veteran presence to the clubhouse.

Hunter said he expected to make his decision over the next two weeks yesterday after visiting with the Tigers, but apparently the Tigers gave him 26 million reasons to make a decision sooner.