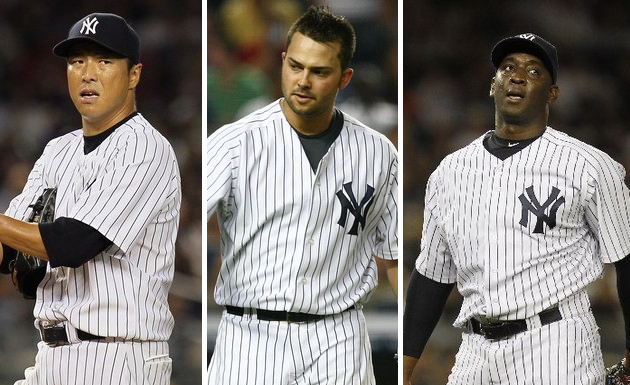 When Nick Swisher and Rafael Soriano declined qualifying offers from the New York Yankees, it was both expected and relatively already planned for. After all, Mariano Rivera has already announced his 2013 return to the Yankees’  closer role and New York has several options including Ichiro Suzuki, to plug into right field.

Hiroki Kuroda rejecting the qualifying offer is another story. Kuroda and his agent likely feel he can fetch more on the open market, which makes sense given his cooperation for only a one year deal. A team like the Dodgers, trying to build a competitive team on the fly for its new TV deal would be an ideal fit for the right-handed veteran given he spent four years there to begin his MLB career.

Many other teams can use a veteran presence in the rotation with proven success in baseball’s hardest hitting division as well. The Yankees were rumored to be expecting this rejection ahead of time and likely will have confidence they can resign Kuroda anyway.

For New York, it is 100% about years on the deal and not money. They can pay Kuroda $20 million dollars next year and not “bat an eye” if they had to, as long as it didn’t leak into 2014 at the self imposed deadline for cutting payroll.

Likely, New York is still going to get Kuroda back. By all accounts he was happy in the Bronx, he lives there already and he knows they will compete. It will probably just take more than the 13.3 million dollars in the qualifying offer.

With only Ivan Nova, Phil Hughes and CC Sabathia healthy and presently under contract for next season, Kuroda really does have the leverage. To pick up a front-end starter on a one year deal is a rarity and the Yankees may be able to do it with both Kuroda and Andy Pettitte to complete the pitching staff.

Bumping Kuroda up to around $16 million in 2013 (the annual amount Pettitte was getting on one year deals from New York) should get the job done, particularly since another team would have to top the Yankees’ offer and lose a draft pick in the deal.

ams AG Given Average Rating of “Hold” by Brokerages