Will the Angels strike a new deal for Zack Greinke

Today is the deadline for Major League teams to decide whether or not to exercise options on players. Clubs have exclusive negotiating rights with their own potential free agents through tomorrow. With these deadlines arriving, it will undoubtedly be a busy weekend for Hot Stove League News.

Here is a position-by-position glance at players who are impacted by the aforementioned deadlines: 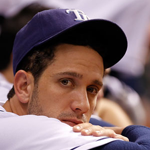 Jake Peavy agreed to an extension with the Chicago White Sox. Tampa Bay picked up its’ option on James Shields (though the Rays could deal the right-hander this offseason for a productive bat). The Atlanta Braves exercised their options on Tim Hudson and Paul Maholm. These are moves that have thinned the market of potential free agent starting pitchers.

The Los Angeles Angels are on the clock with two of the most prominent starting pitchers who could be available.  They have until Saturday to negotiate a new deal for Zack Greinke, and the club must decide today whether to exercise Dan Haren‘s $15.5 million team option or move forward with a $3.5 million buyout.

Multiple media reports indicate the Angels are trying to trade Haren – the Red Sox and Cubs are said to be in pursuit – but they could pick up his option and bring him back in case Greinke departs.

Earlier in the week, the Angels traded right-hander Ervin Santana to the Kansas City Royals. Santana had a team option and the Angels chose to part ways. 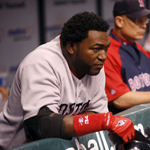 According to Nick Cafardo of the Boston Globe, the Red Sox and DH David Ortiz are “starting to close the gap” on terms of a two-year contract.

Ortiz, who was limited to 383 plate appearances in 2012 because of an Achilles tendon injury that prematurely ended his season, still hit .318 with a 1.026 OPS to accompany 23 home runs and 60 RBI. The left-handed slugger has played 10 seasons in Boston, and though there is a risk associated with signing a 6-foot-4, 245-pound player who will be 37 later this month, the market for free agent DHs is limited and includes Mike Napoli, Travis Hafner, Luke Scott and Delmon Young.

Ken Rosenthal of FoxSports.com wrote that the Texas Rangers are seriously interested in signing Ortiz to replace the power provided by outfielder Josh Hamilton, who will likely depart via free agency. If they cannot reach an agreement with Ortiz today, the Red Sox will likely make him a qualifying offer (which this offseason is $13.3 million) to ensure they will receive draft pick compensation if he signs elsewhere.

Mike Napoli is not known for his defense at catcher or at first base. He is considered average, at best. Still, the 31-year-old right-handed slugger is expected to draw considerable interest from teams this offseason because of a lean free agent market for catchers.

Napoli had an injury-plagued 2012 season and batted just .227 in 417 plate appearances, but he still belted 24 home runs one year after ripping 30 dingers and hitting .320.

Tony Massorotti of the Boston Globe wrote that the Red Sox should pursue Napoli even if the club re-signs Ortiz even because he can catch and play first base, and he is a right-handed power hitter.

The team that signs Napoli will not have to surrender a draft pick since the Rangers did not make him a qualifying offer.

If the White Sox decide not to bring back A.J. Pierzynksi, who will be 36 in December, he will be a coveted backstop and could draw interest from a team like Tampa Bay. Russell Martin projects to gain interest if the Yankees do not bring him back since he will be just 30  when spring training arrives and he has clubbed 39 home runs over the last two seasons. 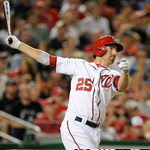 Adam LaRoche declined his side of a mutual option with the Washington Nationals in search of a multi-year deal.  He is the coveted free agent prize at the position in a class that also features Napoli, Nick Swisher, Kevin Youkilis, Carlos Pena, Carlos Lee and James Loney.

What’s not to like about the left-handed hitting LaRoche, who will turn 33 this week? He belted 33 home runs, knocked in 100 runs, batted .271 and collected his first Gold Glove this season. He has ripped at least 25 home runs in four of the last five seasons, and in the other run he collected 24. He is also regarded as a well-liked teammate and a positive clubhouse presence.

There is reportedly mutual interest between the Nationals and LaRoche in his return, but he will certainly generate extensive attention from multiple teams. 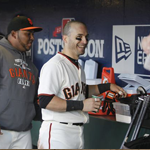 According to the Baltimore Sun, the Orioles have claimed Alexi Casilla from the Minnesota Twins. The 28-year-old Casilla has little power (11 home runs in 1,764 Major League plate appearances) and he is just a career .250 hitter with a .639 OPS, but he is known as one of the top defensive second basemen in the game.

Veteran second baseman Brian Roberts continues to be hampered with nagging injuries and Robert Andino batted .211 this season as the Orioles’ primary second baseman. Andino is best suited as a utility player.

As expected, the Oakland A’s declined Stephen Drew’s $10 million option and exercised his $1.35 million buyout. Though he hit just .223 with seven home runs in 223 plate appearances between Arizona and Oakland in 2012, the brother of J.D. Drew an the 2004 first round draft pick of the Diamondbacks out of Florida State University is expected to get considerable interest because of a thin free agent market at shortstop.

Since he is a Scott Boras client and might want to establish himself on a one-year deal, Drew could land in Boston. The Red Sox sent Mike Aviles to Toronto to complete the trade for manager John Farrell. Jose Iglesias, the 22-year-old defensive whiz from Cuba, could open the season at Triple-A Pawtucket to further develop his bat.

Uber prospect Xander Bogaerts is only 20 and though he projects as a middle of the order bat in the majors, he could eventually be moved to third base or left field. Chances are, Bogaerts will open the 2013 campaign at Double-A Portland.

The Red Sox are also in the market for a shortstop since Pedro Ciriaco is best suited as a super utility player.

Drew could also interest the Tampa Bay Rays if the club decides to play Ben Zobrist at another position. The Rays desperately need upgrades to their lineup, and  top shortstop prospect Hak-Ju Lee is not Major League ready. 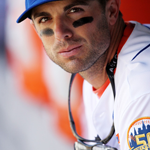 Not surprisingly, the New York Mets picked up David Wright‘s team option and are exploring a long-term extension with the face of that franchise. With Wright back in Queens, the free agent market at third base is like it is at many positions – extra lean.

The minimal selection of appealing options at the hot corner will benefit Youkilis, who will be 34 in March. Though the longtime Red Sox corner infielder has seen his production dip over the last two seasons because of injuries, he represents an alternative who can provide strong defense and a productive right-handed bat, if healthy.

Youkilis hit .236 with 15 home runs and a .771 OPS in 344 plate appearances with the White Sox after a mid-season trade from Boston, where Youkilis clashed with since-fired manager Bobby Valentine.

The Philadelphia Phillies need a third baseman since they are not bringing back Placido Polanco and Ty Wigginton, both of whom are part of the third base free agent pool. Youkilis can get at-bats at third base and offer insurance in case Ryan Howard is injured.

The previously mentioned Keppinger and Izturis are other third base options, as is Eric Chavez, if the veteran does not return to the New York Yankees. 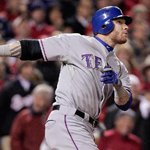 Hamilton can play all three outfield spots, which makes him even more attractive, and if healthy he is one of the most productive hitters in baseball, but the “if healthy” is what will cause most of not all teams to hesitate on offering the deal Hamilton prefers.

The Rangers extended a qualifying offer to Hamilton, so the team that signs him (if not Texas) must give up a first round draft pick.

Cody Ross, Torii Hunter and Ryan Ludwick are right-handed hitting outfielders who will generate tremendous interest across the majors. The Red Sox would like to bring back Ross, but on their terms, which is likely no more than two years and $12 million to $14 million.

Since the Angels are hamstrung with the $40-plus million still owed to Vernon Wells over the next two seasons, and they want to re-sign Greinke, they might not have the financial flexibility to retain Hunter.

Ludwick declined his side of a mutual option with the Cincinnati Reds, which reportedly would like to retain his services. Ludwick had 26 home runs and 80 RBI in a comeback year in 2012.

State of Alaska Department of Revenue Has $5.57 Million Stake in Southwestern Energy