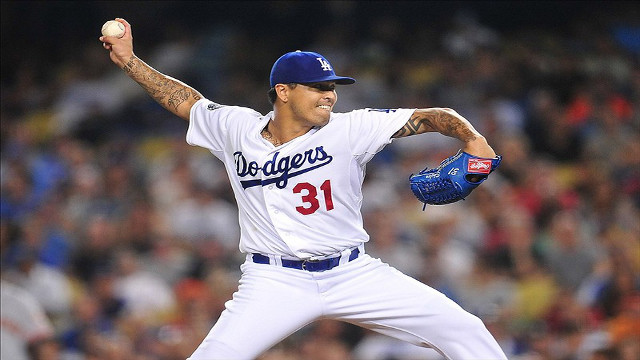 League converted all six save chances for the Dodgers with a 2.30 ERA

“We think, after what he did, closer is the role,” Colletti said. “That’s what he was in Seattle in 2011 and part of 2012. We acquired him and the last few weeks, obviously he was very, very solid. So that’s where we start.”

League was acquired by the Dodgers from the Seattle Mariners at the July trade deadline and went 2-1 with six saves and a 2.30 ERA in 28 appearances. the contract has an option for 2016.

Coletti had earlier said re-signing Lee would be one of the club’s top priorities. Kenley Jansen who began 2012 as the team’s closer has health issues and underwent a surgical procedure last week to hopefully cure an irregular heartbeat. Jansen will serve as League’s back up at closer.

Colletti also responded to reports that the Dodgers were open to trading outfielder Andre Ethier. Coletti said the team had not discussed the issue.