Demise of the Yankees Greatly Exaggerated 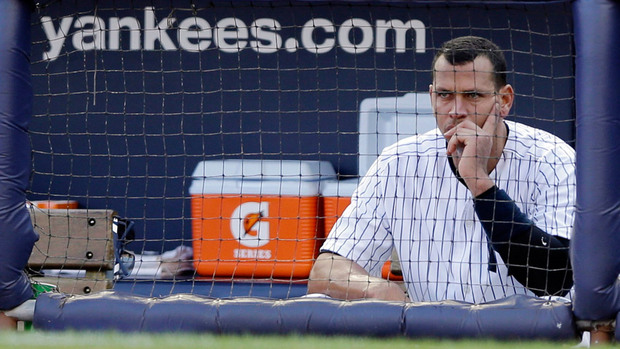 The formula  for the Yankees success remains intact…

The New York Yankees were dominated this season one stop short of the World Series. But was it a fluke or would they benefit from going “back to the drawing board”? Luckily for New York, it doesn’t have to go back very far to figure out the last time there was a winning formula in the Bronx.

In 2009, the same franchise embarrassingly swept out of the American League Championship Series, went on to win 103 regular season games and knocked off the defending champions en route to a World Series title.

Outside variables like the emergence of the Orioles and the decline of the Red Sox, the rise of the Tigers and the fall of the Angels aside, it all comes down to balance.

The first thing to take into account is New York should not have won as many games as it did three years ago. The Bronx Bombers were truly the “Bombers” that year, scoring 915 runs (Derek Jeter and Johnny Damon each scored 107 to lead the team while Mark Teixeira drove in 122 RBI), but by letting up 753 they were projected to be just a 95 win team- the same mark as this past regular season.

With a 162 run differential, it is comparable to this year’s mark of 136 composed from 804 runs scored and 668 against (Robinson Cano lead the team with 105 runs and Curtis Granderson with 106 RBI) but with a strong concentration on preventing runs this year as opposed to scoring them more in the past.

A popular sentiment has also been that the Yankees are aging, which has been a similar critique more or less since the dynasty ended sometime around 2004 or 2005. The average age of the hitters and pitchers in 2009 was just under 31 and just over 29 respectfully. In 2012? 33 and 30.5.

While notable, more than likely the only major difference between the two teams which can cause a major factor in a minor sample size such as the playoffs is how the runs are scored.

There was power both years with the 2009 team hitting one home run less bringing it to a total of 244 long balls (lead by Teixeira with 39. Granderson lead this year’s team with 43). So hitting the long ball as a popular criticism is not necessarily a bad thing either.

Where the Yankees’ main issue came this year was running the bases and getting on base, two things they generally receive no criticism for.

In 2009, the Yankees stole 111 bases (and were very top heavy with 30 from Jeter and 26 from Brett Gardner) and were caught just 28 times, the best success rate in the majors. This year, New York stole 93 bags (lead by trade acquisition Ichiro Suzuki with just 14; Alex Rodriguez was second on the team with 13 steals) and were caught 27 times, a decrease of 18 stolen bases while being caught just one less time.

Then there’s the final issue we as Yankees’ fans were subject to, particularly once October rolled around.

Proportionally, these numbers aren’t that far off. Most of the lineup remains the same and besides for a 2% drop in stolen base efficiency and slightly inferior numbers across the board, the Yankees had the same basic offensive stats to win 95 games and the World Series given the improvement in pitching.

So was the issue an inferior team or just enough drop-off and bad luck to make up for eight less wins when it mattered most?

The formula remains fairly intact for New York, but Brian Cashman’s biggest focus will be making sure there isn’t further aging and the Yankees can present similar numbers in 2013, not that this team has become significantly worse since its last World Series victory.