Zito, Giants Send NLCS Back To San Francisco With 5-0 Win 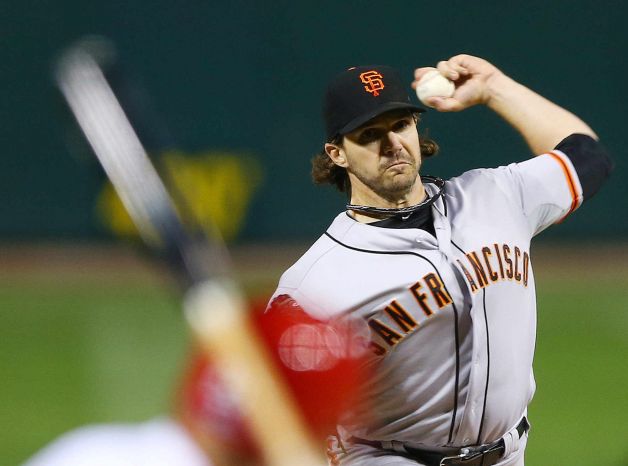 Barry Zito pitched 7-2/3 shutout innings, striking out six, as the Giants defeated the St. Louis Cardinals 5-0 and head back to San Francisco trailing the Cards 3-2 in the NLCS.

The Giants scored 4 unearned runs in the 4th inning off Cards starter Lance Lynn.  With runners on 1st and 3rd and one out, Hunter Pence bounced to Lynn for a potential inning-ending double play.  Someone forgot to tell the Cards’ infield, and Lynn threw to second with no one covering.

The ball hit the bag and bounced into centerfield, scoring Marco Scutaro who opened the frame with a single.  The Giants loaded the bases loaded and with two out, Brandon Crawford smacked a single up the middle scoring Pablo Sandoval and Pence,  giving the Giants a 3-0 lead.  Zito then laid down a perfect bunt for a single, scoring Gregor Blanco from third and extending the lead to 4-0.

The Giants’ fifth and final run came on a solo home run off the bat of Sandoval in the 8th. Sandoval finished the evening 2-for-4.  Santiago Casilla and Sergio Romo closed out the game and preserved the shutout.

Game 6 is on Sunday night in the City by the Bay.  Ryan Vogelsong, winner of Game 2, is scheduled to pitch against Chris Carpenter, loser of Game 2.

Game Notes: Carlos Beltran singled and stole a base for the Cardinals . Lynn struck out six and walked two,  surrendering four unearned runs on four hits in his 3 2/3 innings of work.