Cardinals Beat Giants – A Win Away From World Series 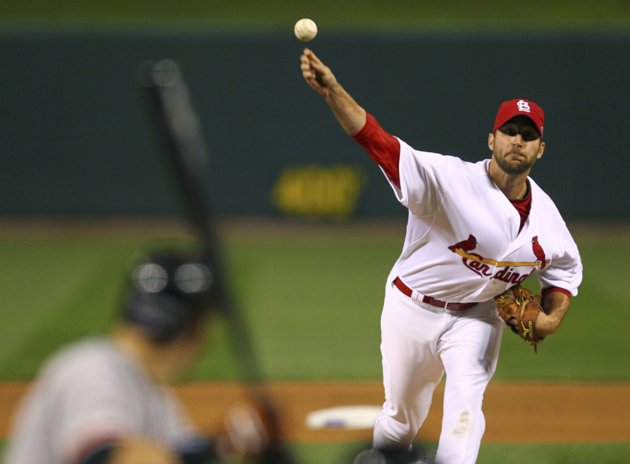 Cardinals are one win away from the World Series

Adam Wainwright threw just 96 pitches to get through seven innings of work and the St. Louis Cardinals got multiple RBI games from Jon Jay, Matt Holliday, Yadier Molina and Pete Kozma to soundly beat the San Francisco Giants 8-3. The win moves the Cardinals to within a game of a return trip to the World Series. The Cardinals lead the NLCS 3-1. The Cardinals struck early on a base hit by Holliday, and a sacrifice fly by Allen Craig in the first inning.

The Giants bounced back with a run of their own on a Hunter Pence home run in the second. Pablo Sandoval added a two-run home run in the ninth inning, but that’s as close as San Francisco could get. Giants starter Tim Lincecum pitched into the fifth inning, but surrendered four runs on six hits. He struck out three and walked three.

The Cardinals added two runs each in the fifth, sixth, and seventh innings to essentially put the game away. San Francisco had four hits for the game. Game five will be played in St. Louis on Friday with the Giants sending Barry Zito to the mound to face Cardinals starter Lance Lynn