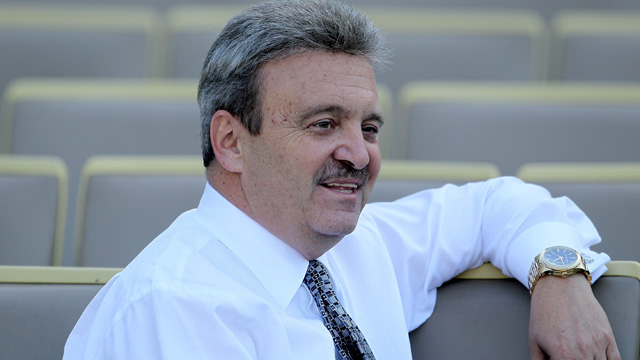 The Los Angeles Dodgers are in discussions with general manager Ned Colletti on a long-term extension.

Dodgers president Stan Kasten, nor Colletti would comment, however Dodgers chairman Mark Walter confirmed the new deal is on the table. Colletti’s current contract expires at the end of the season, however it includes mutual options.

Colletti was hired as a Dodgers general manager after the 2005 season, by then team owner Frank McCourt. The Dodgers were sold to the Guggenheim Baseball Management group in May.

During his tenure Colletti has operated under the tight financial restraints of the McCourt ownership, and now operates under a seemingly unrestrained budget implemented by the Guggenheim group.