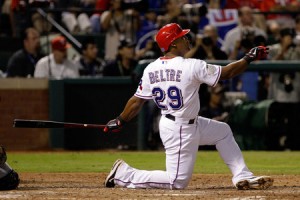 Cleveland 1 – Seattle 3 – Eric Thames had a two-run double to lead the Mariners over the Indians 3-1. Michael Saunders hit his 14th home run of the year for Seattle. Casey Kotchman was 2 for 2 and drove in the only run for the Indians.

Toronto 2 – Detroit 3 – Anibal Sanchez paste into the seventh inning and was backed up by Omar Infante who tripled and scored, and Jeff Baker who drove in a run and the Tigers beat the Blue Jays 3-2. Prince Fielder had an RBI single in the sixth inning for Detroit

Los Angeles 7 – Boston 3 – Jered Weaver allowed two runs and seven hits in seven innings while striking out five to lead the Angels to a 7-3 win over Boston. Clay Buchholz allowed seven runs on 12 hits in 5 1/3 innings of work for the Red Sox. Scott Podsednik went 3-for-5 with a stolen base for Boston.  Howie Kendrick homered for the Angels.

New York 1 – Chicago 2 – Chrs Sale struck out 13 in 7 2/3 innings to get his 15th victory of the year. Alex Rios hit a home run and the Chicago White Sox beat the New York Yankees 2-1. Derek Jeter hit his 13th home run of the year for the Yankees only run. Phil Hughes pitched seven innings for New York allowing five hits and two runs while walking to.