Essex Investment Management Co. LLC increased its holdings in shares of AppHarvest, Inc. (NASDAQ:APPH) by 269.2% during the second quarter, according to its most recent disclosure with the Securities and Exchange Commission (SEC). The firm owned 278,958 shares of the company’s stock after acquiring an additional 203,397 shares during the period. Essex Investment Management Co. LLC’s holdings in AppHarvest were worth $4,463,000 as of its most recent SEC filing.

AppHarvest (NASDAQ:APPH) last released its earnings results on Tuesday, August 10th. The company reported ($0.32) earnings per share (EPS) for the quarter, missing the Zacks’ consensus estimate of ($0.22) by ($0.10). The business had revenue of $3.14 million for the quarter. As a group, research analysts expect that AppHarvest, Inc. will post -1.31 EPS for the current fiscal year.

AppHarvest, Inc, a development stage company, builds and operates high-tech greenhouses to grow fruits and vegetables in the United States. Its products include tomatoes and leafy greens. The company was founded in 2018 and is based in Morehead, Kentucky.

Want to see what other hedge funds are holding APPH? Visit HoldingsChannel.com to get the latest 13F filings and insider trades for AppHarvest, Inc. (NASDAQ:APPH). 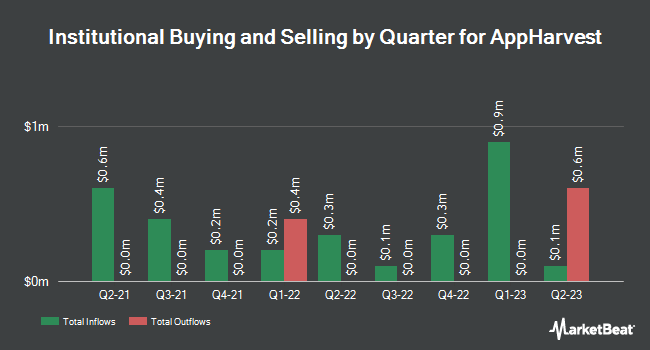 Complete the form below to receive the latest headlines and analysts' recommendations for AppHarvest with our free daily email newsletter: