II-VI (NASDAQ:IIVI) last released its earnings results on Tuesday, August 10th. The scientific and technical instruments company reported $0.88 earnings per share for the quarter, beating analysts’ consensus estimates of $0.65 by $0.23. The business had revenue of $808.80 million during the quarter, compared to the consensus estimate of $783.74 million. II-VI had a net margin of 9.58% and a return on equity of 12.67%. The firm’s revenue for the quarter was up 8.4% compared to the same quarter last year. During the same quarter last year, the firm earned $1.18 earnings per share. Equities research analysts anticipate that II-VI Incorporated will post 3.08 EPS for the current year.

Featured Story: Options Trading – What is a Straddle?

Want to see what other hedge funds are holding IIVI? Visit HoldingsChannel.com to get the latest 13F filings and insider trades for II-VI Incorporated (NASDAQ:IIVI). 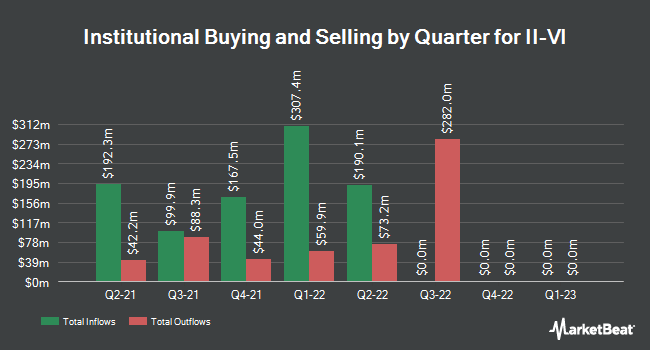 Complete the form below to receive the latest headlines and analysts' recommendations for II-VI with our free daily email newsletter: