The Westaim Co. (CVE:WED) Senior Officer Glenn Garry Macneil sold 12,000 shares of the stock in a transaction dated Thursday, September 9th. The shares were sold at an average price of C$2.70, for a total value of C$32,400.00. Following the completion of the transaction, the insider now directly owns 20,000 shares in the company, valued at approximately C$54,000.

Separately, Cormark lifted their price objective on The Westaim from C$3.65 to C$4.00 in a research report on Tuesday, May 25th.

Further Reading: What is the definition of market timing? 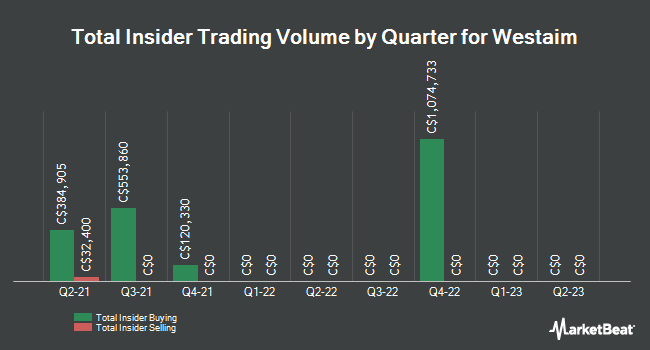 Daily Ratings & News for The Westaim

Complete the form below to receive the latest headlines and analysts' recommendations for The Westaim with our free daily email newsletter: