Delta Air Lines (NYSE:DAL) released its earnings results on Wednesday. The transportation company reported ($3.55) earnings per share (EPS) for the quarter, missing the Zacks’ consensus estimate of ($2.73) by ($0.82), MarketWatch Earnings reports. Delta Air Lines had a negative net margin of 42.88% and a negative return on equity of 39.69%. The business had revenue of $4.15 billion during the quarter, compared to analysts’ expectations of $4.05 billion. During the same quarter in the previous year, the company earned ($0.51) EPS. Delta Air Lines’s revenue for the quarter was down 60.4% on a year-over-year basis. 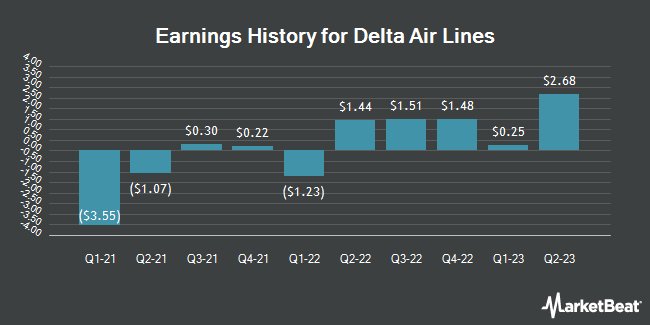 Aerie Pharmaceuticals, Inc. Expected to Announce Earnings of -$0.65 Per Share

Complete the form below to receive the latest headlines and analysts' recommendations for Delta Air Lines with our free daily email newsletter: