Enter your email address below to get the latest news and analysts' ratings for Cardiovascular Systems with our FREE daily email newsletter:

Public Sector Pension Investment Board decreased its holdings in Cardiovascular Systems Inc (NASDAQ:CSII) by 11.9% in the fourth quarter, according to the company in its most recent 13F filing with the Securities and Exchange Commission. The fund owned 78,880 shares of the medical device company’s stock after selling 10,700 shares during the period. Public Sector Pension Investment Board owned 0.22% of Cardiovascular Systems worth $3,833,000 at the end of the most recent quarter. 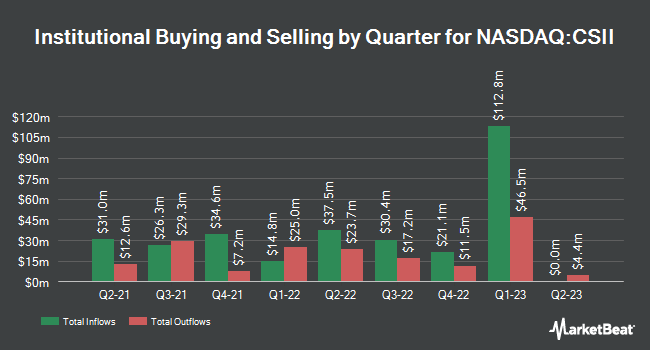