Enter your email address below to get the latest news and analysts' ratings for Berry Global Group with our FREE daily email newsletter:

Berry Global Group (NYSE:BERY) last announced its earnings results on Friday, January 31st. The industrial products company reported $0.56 earnings per share (EPS) for the quarter, beating analysts’ consensus estimates of $0.54 by $0.02. The company had revenue of $2.82 billion for the quarter, compared to analyst estimates of $2.90 billion. Berry Global Group had a return on equity of 26.56% and a net margin of 3.73%. The firm’s quarterly revenue was up 42.8% compared to the same quarter last year. During the same quarter in the previous year, the company earned $0.77 earnings per share. Analysts anticipate that Berry Global Group will post 4.13 EPS for the current fiscal year. 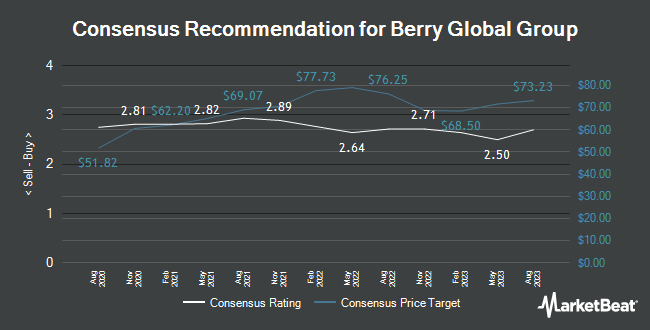