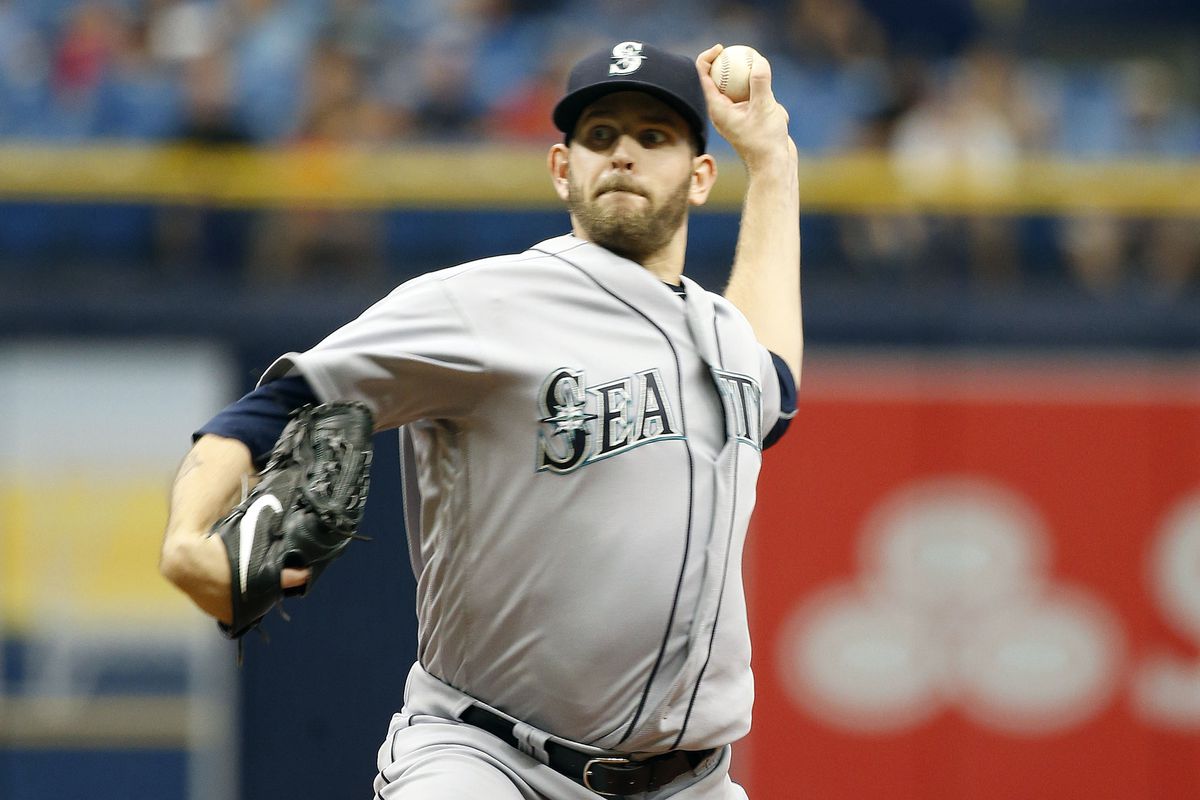 James Paxton pointed to the tattoo of a maple leaf on his forearm while looking up at more than 20,000 fans in Toronto cheering for him.

Paxton on Tuesday night became the first Canadian in Major League Baseball history to toss a no-hitter on Canadian soil when the Seattle Mariners beat the Toronto Blue Jays 5-0.

After the game, Paxton said you could not write this any better. He added that it was amazing it happened in Canada against the Blue Jays.

The left-hander, how is 29, is from Ladner, British Columbia and the Rogers Centre crowd rose to give him a standing ovation. The crowd was pulling for him late in the game, realizing he was Canadian. The tattoo on his forearm of the national symbol of Canada also includes an image of a home close to Vancouver,

Paxton told reporters that some of his family and friends were at the game and it was special he could share this with them. In 2009, the Blue Jays drafted Paxton in the first round.

Paxton joined 1945 Philadelphia Athletics’ pitcher Dick Fowler as the only two Canadians to throw no-hitters. Tuesday’s no-hitter was the seventh thrown outside the U.S. and the third thrown this season, with each of the three coming in a different country.

Oakland Athletics’ Sean Manaea tossed one on April 21 against the Red Sox in California, while four pitchers from the Los Angeles Dodgers combined on a no-hitter to beat San Diego last Friday in Mexico.

Paxton, how 2-1 on the season, was coming off a 16-strikeout effort in his previous start and was on top of his game again reaching 100 mph in retiring Josh Donaldson to end the game on a tough ground out to third.

Paxton threw just 99 pitches while recording seven strikeouts and three walks.  Kyle Seager, the third baseman for the Mariners saved the no-hitter for Paxton with a great play for the final out.

In the seventh inning, with two out, Seager made a diving stop on a grounder by Kevin Pillar, threw off balance to first base and Ryon Healy caught the ball on one hop to retire the speedy Pillar.

Following the final out, Seattle players emptied the dugout to celebrate with Paxton. After he and his teammates entered the dugout, Paxton returned to the field and waved at the remaining fans.

He said he appreciated how the fans cheered him following the game and wanted to show his respect to the fans.