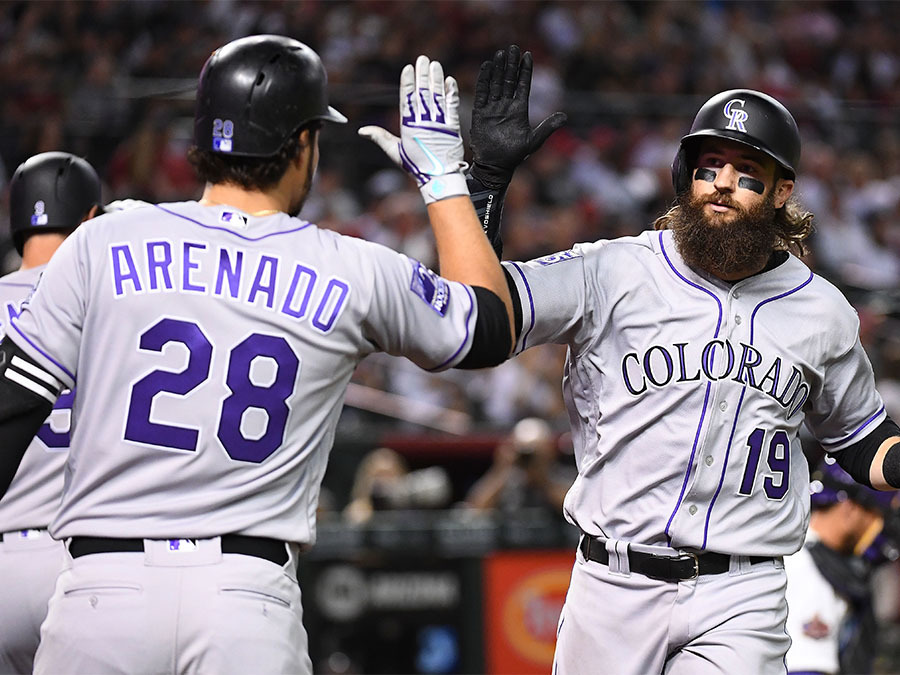 The Colorado Rockies have decided who will be roaming centerfield for the team for years to come after agreeing to a long term extension on Wednesday.

The National League West club agreed to a multiyear extension on Wednesday with Charlie Blackmon. The defending NL batting champion decided to enter into a long term deal rather than go out and test free agency during next offseason.

Colorado did not release any financial terms related to the new six-year deal, but sources have said that it could be in excess of $116 million if all options get exercised and each of the different incentives met. The same sources said the deal had been negotiated during the majority of spring training with little known by anyone outside of the front office, Blackmon and his two agents Seth and Sam Levinson.

Blackmon said he preferred not to create any distractions for the team.

During January, the center fielder, twice an All-Star, agreed to a one-year deal worth $14 million. This new deal, which was announced on Wednesday from San Diego, where Colorado is playing a four-game set against the Padres, includes a signing bonus of $2 million that will be payable within 30 days from the approval of the deal by MLB’s commissioner’s office, a salary of $12 million this season and $21 million for each of the following three seasons.

Blackmon also can list up to 15 teams each year that he cannot be traded to unless he gives consent.

Blackmon said that his teammate Nolan Arenado is an important piece for the team and would love to see the third baseman remain in Colorado. Arenado becomes a free agent following the 2019 season.

Blackmon starts the 2018 season following one of his best seasons in the majors and one of the best ever by any leadoff hitter. He had 102 RBIs last season while batting first, which set a major league record that surpassed the 100 set in 2000 by the Angels’ Darin Erstad.

Blackmon’s total bases reached 383 for the season in 2017, which were also an all-time record.

The Rockies centerfield has started this season where he left off last season batting .316 with four home runs and six RBIs.