Astros Confident World Series Hangover Will Not Hit Them 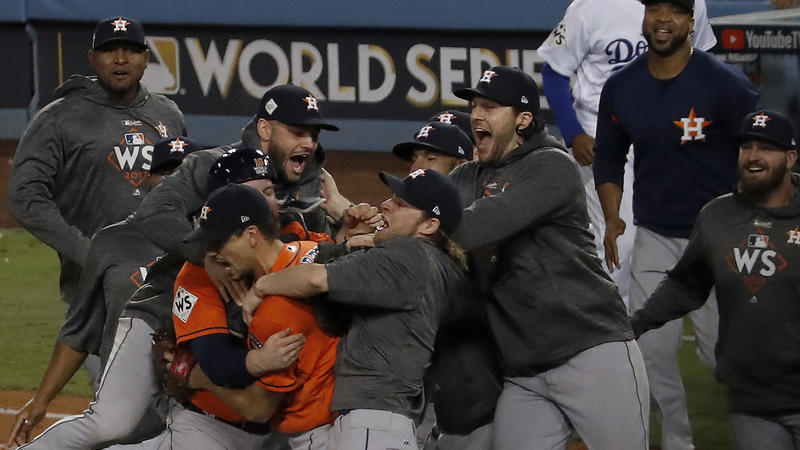 The Houston Astros have started their defense of the World Series title, albeit it is still spring training, and many are wondering if the champions will suffer the dreaded World Series hangover following its successful 2017 season that ended with its first title.

However, the team’s pitching ace Dallas Keuchel is not expecting he and his teammates to drop in form in a statement he made that may not go over that well with players and fans of the Chicago Cubs.

In an interview with the Washington Post, Keuchel said the Astros were not the Cubs, when he was asked about the Cubs returning nearly the same team from their championship club of 2016 and winning 11 fewer games during the regular season. He said he believes the Astros have better players.

Chicago was able to repeat as the champions of the National League Central, but was eliminated from the postseason by the Los Angeles Dodgers in the NL Championship. Houston then defeated the Dodgers to win the World Series.

Just one team has repeated as World Series winners over the last four decades. That was the New York Yankees who won three straight titles in 1998, 1999, and 2000.

Houston hurler Lance McCullers Jr., who was the starter for the Astros in Game 7 of the World Series, gave his own opinion as to why teams often disappoint following a World Series title.

McCullers Jr. said that the demand on players’ time is more the hangover than any other one thing. It is the time you were not able to devote in preparation for the next season. He added that he did the media stuff, fulfilled the requests and that adds up, calling it a media tour and not an offseason.

Jose Altuve, the Astros second baseman and the current AL MVP, said he was not worried about the Astros having a hangover. He said his teammates are smart enough that they know what has to be done during spring training and if you must take it easy you can and everything will be fine when the regular season starts next month.

Houston has virtually its entire roster back from last season and will have veteran pitcher Justin Verlander for the full season after acquiring the right-hander late last season in the run up to the World Series title.