Report: Eduardo Nunez and Red Sox Agree to Deal for One Year 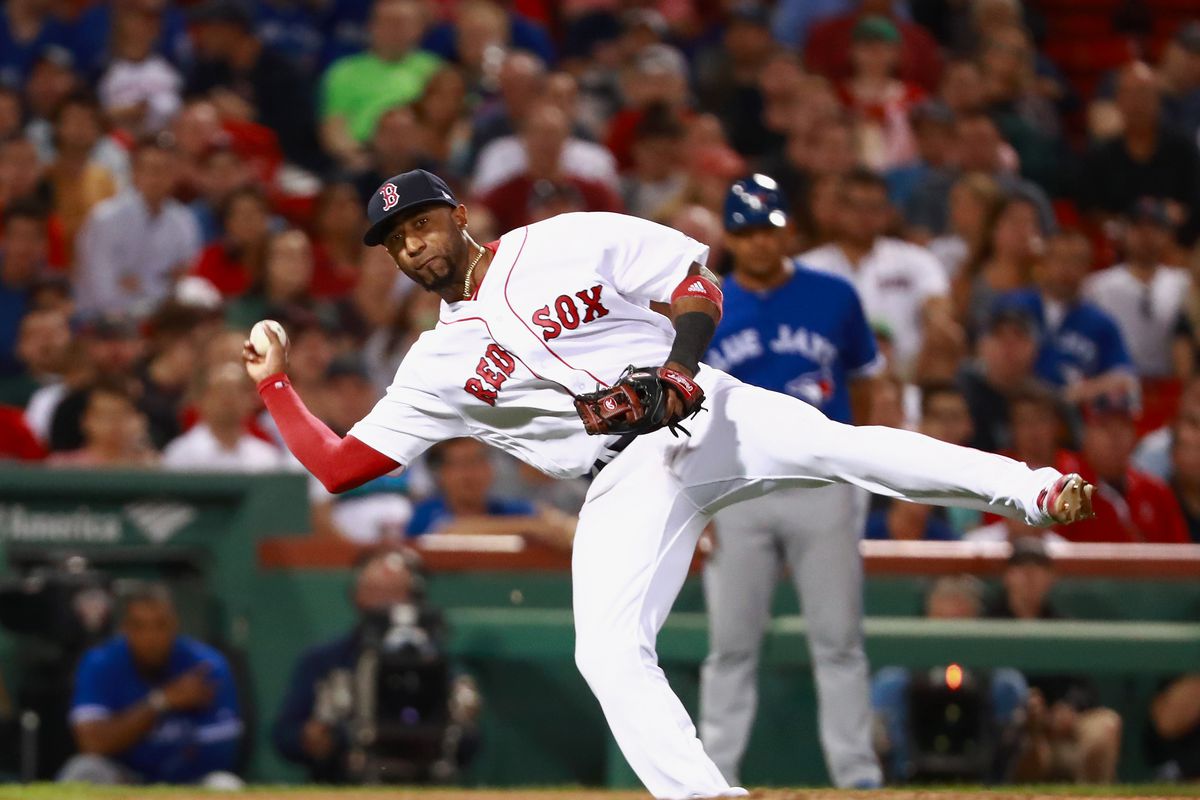 Eduardo Nunez the free agent infielder, who finished last season injured, does not have the same intimidation factor of J.D. Martinez if the Red Sox were to sign the slugger, but made his presence felt before injuring his knee, and it appears that Nunez and the team are ready to reunite.

According to several reports late Thursday, Boston has reached an agreement for one year with Nunez, who is 30 and can play anywhere in the infield.

Last season Nunez hit .321 with an OPS of .893 after he was acquired from San Francisco just prior to the MLB trade deadline.

He injured his knee September 9 and returned on September 25, but hurt himself again and did not play until the postseason. During his only postseason at bat, Nunez fell to the ground after leaving the batter’s box after putting the ball in play, which ended his season. Prior to the injury, Boston planned to re-sign the infielder.

Dustin Pedroia’s health is now a question mark always, with knee surgery that should keep him off the field until May and while the team has very high expectations for Rafael Devers at third base, it is logical for them to have a backup who is proven for the 21-year old that has just 58 games of experience at the major league level.

Both Devers and Nunez were added to Boston’s roster at about the same time last season, and with the two in the lineup the offensive output is much different. Boston averaged 4.65 runs each game prior to the arrival of the two, but averaged 5.19 runs each game after their arrival July 28, when Nunez began play after being acquired from the Giants and Devers was called up from Portland, the teams Double-A affiliate.

If healthy, Nunez could provide a strong bat and play second while Pedroia recovers, though with his presence in the lineup the Red Sox might have problems keeping both Blake Swihart and Brock Holt on their 25-man roster.

Some have wondered if Boston would tender the contract of Holt, given last season he hit only .237 with an OPS of .653 across 158 games over the past two seasons.

However, the Sox this year agreed to a salary of $2.2 million for Holt his second year of arbitration eligibility.

Swihart is not eligible for arbitration as of yet, and would have to be traded or designated for assignment if he were not to make the roster on Opening Day. He is considered only at catcher, but the team hopes to give him an opportunity at different infield positions that include second base.

Raytheon Technologies Co. Expected to Announce Earnings of $1.07 Per Share