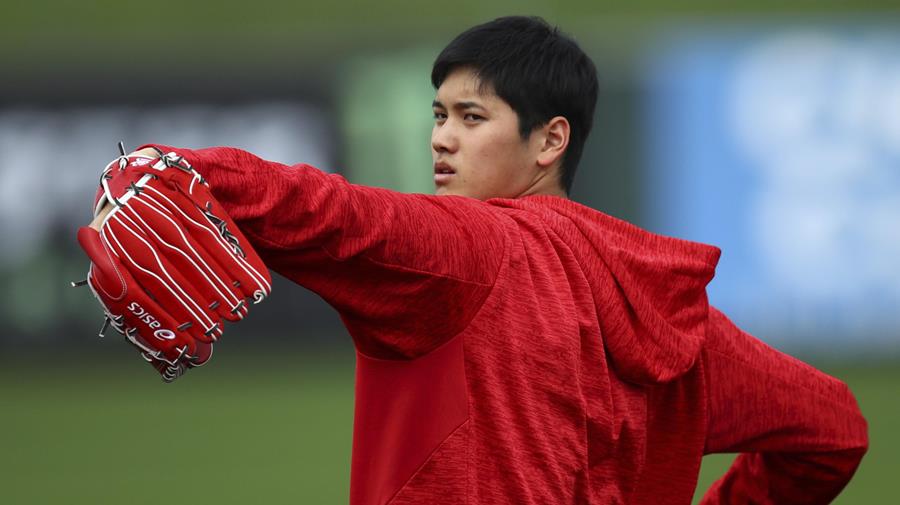 Spring training began on Tuesday for the Los Angeles Angels, which means that two-way Japanese star Shohei Ohtani was present for his first workout with fellow pitchers and catchers.

Ohtani, who is 23, will have the chance to pitch and hit as an Angel, and to help him ease into things, the Angels are going to implement a rotation of six pitchers this season, which was confirmed on Tuesday by manager Mike Scioscia.

The Angels manager said he and his coaching staff are comfortable with the six-man rotation and looked forward to finding the six best pitchers on the team. Scioscia said not only will Shohei benefit from it, but hopes other members of the rotation will remain more effective and strong during the course of the entire 162-game regular season.

The Los Angeles manager added that it would be important for the team as it will make it flexible.

Ohtani, as with the majority of pitchers playing in Japan, pitched just once each week instead every five days that is common in Major League Baseball.

Jumping from a schedule of once per week to once each five days is not an easy thing to do. Other pitchers from Japan who pitched in the U.S. and immediately switched to pitching every five days have suffered arm problems. Masahiro Tanaka has suffered from elbow problems with the Yankees, while Yu Darvish needed Tommy John surgery, and there are others.

The six-man rotation helps to lighten Ohtani’s load. Ohtani is just 23 and has never started more than 24 games in a single season and has never thrown over 160 2/3 innings during one season.

He is not a veteran pitcher who has thrown 200-plus innings for several seasons and his workload will need to be micro-managed, said team officials.

If injuries do not change the rotation, the Angels should have as their No. 1 starter Garrett Richards, followed by Ohtani, Matt Shoemaker, JC Ramirez, Tyler Skaggs and Parker Bridwell.

Richards, Ramirez, and Skaggs all missed time due to arm problems within the past two seasons. Two other options, Andrew Heaney and Nick Tropeano, both have undergo Tommy John surgery during the past two seasons, a change to the six-man rotation benefits them equally as it does Ohtani.

Each pitcher responds differently but usually pitchers tend to perform better with more rest between their starts. Although numbers show the difference to be minimal, it is a difference and if that helps the overall rotation it will be better for the team in general.