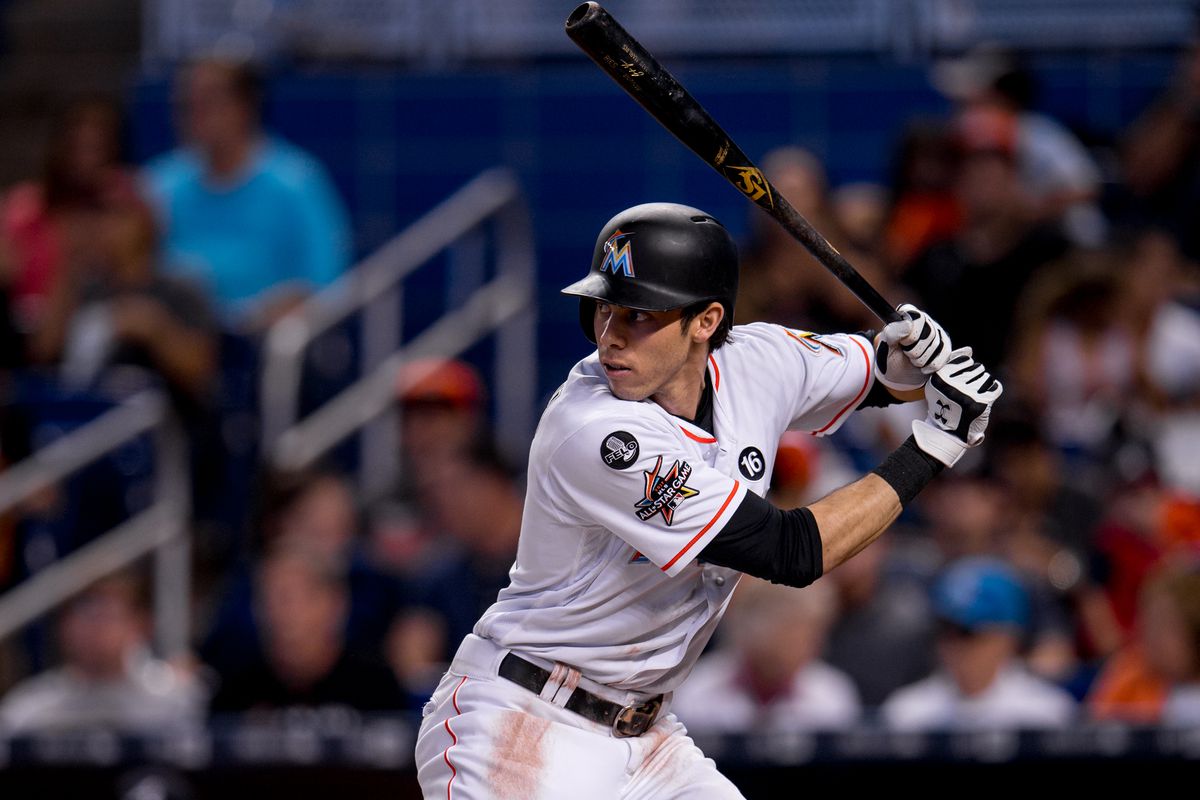 Michael Hill the general manager of the Miami Marlins put together another trade for the team on Thursday as it sent Christian Yelich its center fielder to the Milwaukee Brewers in exchange for four prospects.

Yelich is the fourth Marlins starter traded this offseason to lower payroll and rebuild the weak farm system it has under its new CEO Derek Jeter. Earlier this offseason the Marlins traded Giancarlo Stanton the home run champion of the major leagues, Dee Gordon the leader in stolen bases, and All-Star Marcell Ozuna a left fielder.

In exchange for Yelich, the Marlins acquired Lewis Brinson an outfielder, Isan Diaz an infielder, Monte Harrison an outfielder and Jordan Yamamoto a pitcher. Diaz, Harrison, and Brinson were all rated amongst the top 10 Brewers’ prospects.

Yelich last season batted .282, with 18 home runs and 81 runs batted in. Following the other deals the Marlins made this past offseason, he said he had preferred to play with another team rather than part of the team’s rebuilding effort.

Yelich will earn $7 million in 2018 which is the third year of a seven-year contract of $49.57 million. Milwaukee’s general manager David Stearns said that the team will have a player who is now entering his prime and can help the team for at least the next five years.

The market value of the outfielder was high due to his contract and what the team received in prospects could be its best to date.

The Brewers added Lorenzo Cain a free-agent outfielder on Thursday as well according to a MLB source. The deal is reportedly for five years and $80 million.

Cain passed a physical said the source and will likely be introduced formally on Friday by the team. The new contract for Cain is the longest in years and the biggest payout for any free agent in MLB this offseason. It surpasses the three-year deal of Carlos Santana that is a $60 million guaranteed contract signed in December with the Phillies.

Cain, who is 31, returns to the Brewers’ organization where he started his pro career. He was drafted by Milwaukee out of high school in Florida during 2004 and broke into the majors in 2010 with the Brewers.

The next season Cain was traded to Kansas City with four other players in exchange for Zack Greinke.