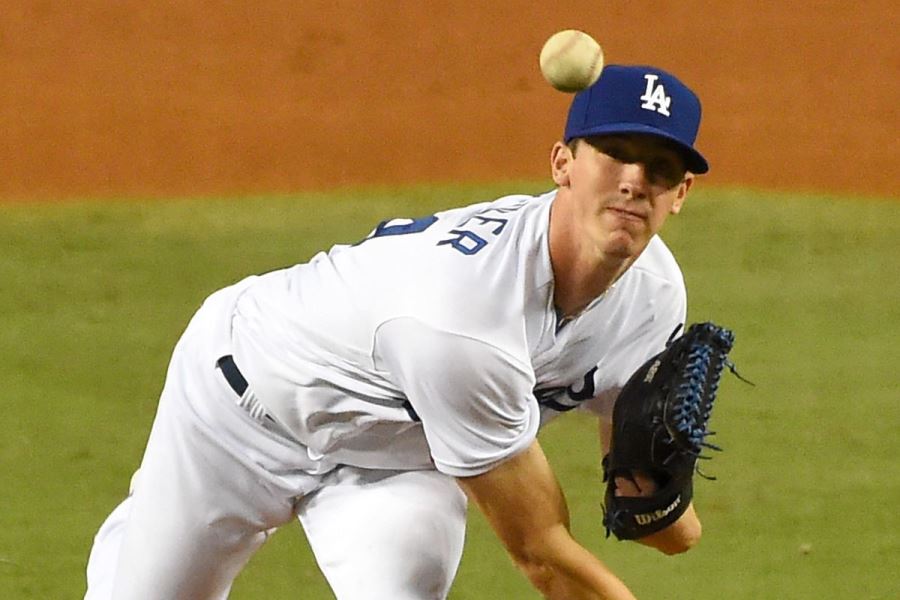 The Los Angeles Dodgers need to fill a hole in the shape of Yu Darvish in their starting rotation. Of course, if the free agent and team could come to an agreement, the Dodgers could fill that hole with Darvish himself. However, they might opt to go young and take a player from their farm system.

Many Dodgers fans do not want Darvish back, which is not entirely fair since he was with them for such a short period, has been an All-Star four times, and finished twice in the top 10 in voting for the American League Cy Young. He has also averaged over 11 strikeouts per nine innings during his five seasons in the big leagues. Replacing an arm like his is not an easy thing to do.

However, in the business of big league baseball nothing is impossible. This is where prospect Walker Buehler enters the equation.

Picked 24th overall by Los Angeles in the amateur draft of 2015, Buehler’s ERA was 3.35 with 125 strikeouts across 88 2/3 innings in High-A, Double-A and Triple-A this past season. He also debuted during September with the Dodgers.

The rise has been nothing short of mercurial for the 23-year old alum of Vanderbilt who is poised at this time to the sidekick or No. 2 to ace Clayton Kershaw.

The Dodgers could easily have a rotation that does not include Buehler with Kershaw, Alex Wood, Rich Hill, Hyun-Jin Ryu and Kenta Maeda. Buehler would likely remain in the minors if that happened. Or Los Angeles could sign one of several pitchers left in the free agent market including the aforementioned Darvish, Alex Cobb, Lance Lynn or Jake Arrieta.

However, the Dodgers would like to remain below the luxury tax threshold and the signing of a top free agent would make that hard. In addition, more than one member of the possible starting rotation has question marks. Julio Urias another touted young pitcher for the Dodgers is recovering from shoulder surgery.

That is why many eyes are focused on Buehler. His fastball is constantly in the high 90s and his secondary pitches are very complementary to his heater including his slider, curve and changeup. During his time in the minors, he has averaged 12.5 strikeouts per nine innings.

Control, like with many flamethrowers, can be a problem for Buehler. In his short stint in the bigs last September, he had 12 strikeouts but walked eight.