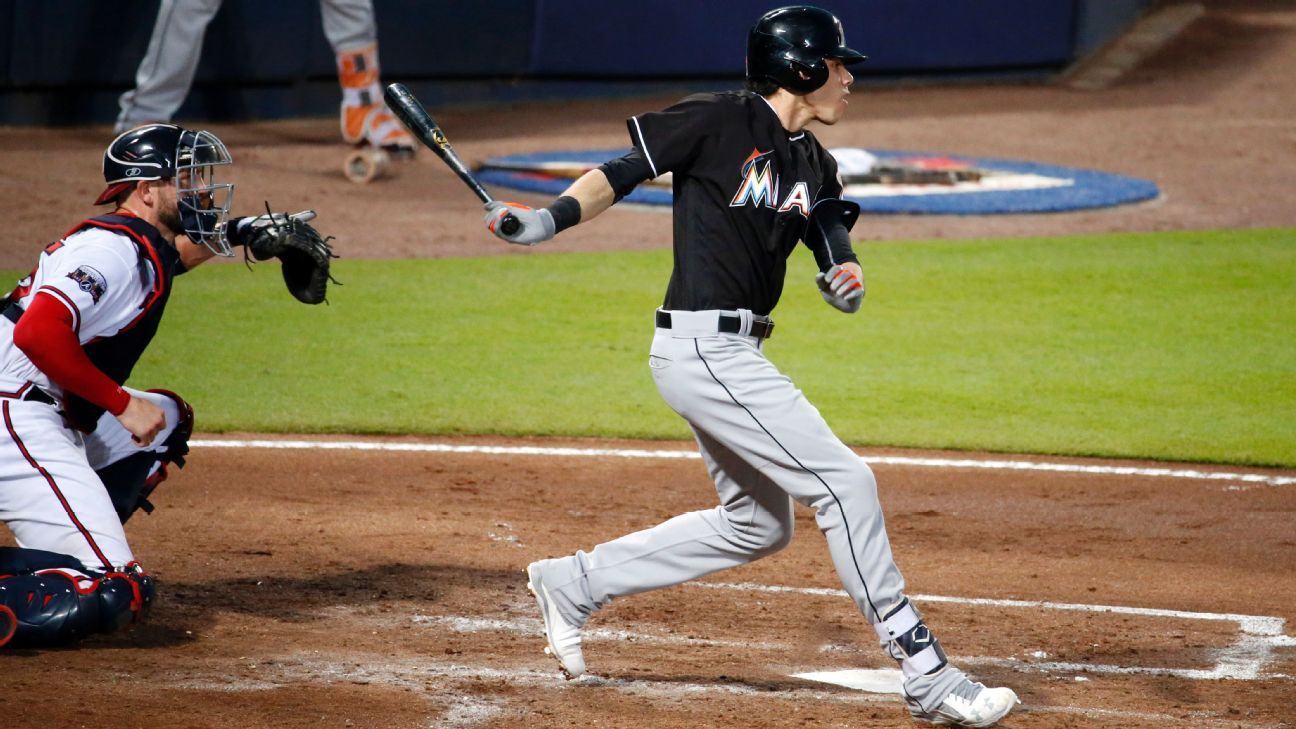 The Miami Marlins are continuing their sell off of higher priced players that prior to now has included Giancarlo Stanton, Dee Gordon, Marcell Ozuna and could now include another two players.

Even though there is an expectation of more fans and much more attendance at Marlins games this season thanks to the new front office led by former player Derek Jeter, it appears the Marlins will continue lowering their payroll.

The biggest question now is if the team will trade Christian Yelich its top center fielder and J.T. Realmuto its underrated catcher. If they decide to do that, several teams will be interested. One of those teams will be the Atlanta Braves.

Atlanta contacted Miami to express its interest in obtaining Yelich and Realmuto, said sources. While those talks are not yet in the advanced stage, there is no doubt the Braves have the depth in prospects to entice their rivals in the National League East to make the trade.

The Braves have an impressive lineup in their farm system, and that remains even though they lost Kevin Maitan to the Los Angeles Angels. That depth in prospects would likely be a necessity, as Realmuto and Yelich are both solid players and inexpensive.

Yelich, at 26, has a 120 OPS+ thus far in his career, and also is strong at one of the key positions on defense while also adding strong value on the bases. Yelich is contracted through 2021 at the cost of just $43 million. The deal he has includes an option for $15 million with a buyout of $1.25 million in 2022.

Realmuto, who is also 26, has a career OPS+ of 104 and is coming off a strong 2017 that included 17 homers and 31 doubles. He will not become eligible to be a free agent until the conclusion of the 2020 season.

Bringing in Realmuto and Yelich will not likely make Atlanta a contender in the first year that Alex Anthopoulos is the General Manager, but both of them are long-term pieces to the Braves puzzle, as are Ender Inciarte, Freddie Freeman and Julio Teheran that will form the core of a contender as soon as 2019.

The biggest stumbling block might be the competition that the Marlins will likely face if the Marlins do make the decision to part ways with both Realmuto and Yelich.