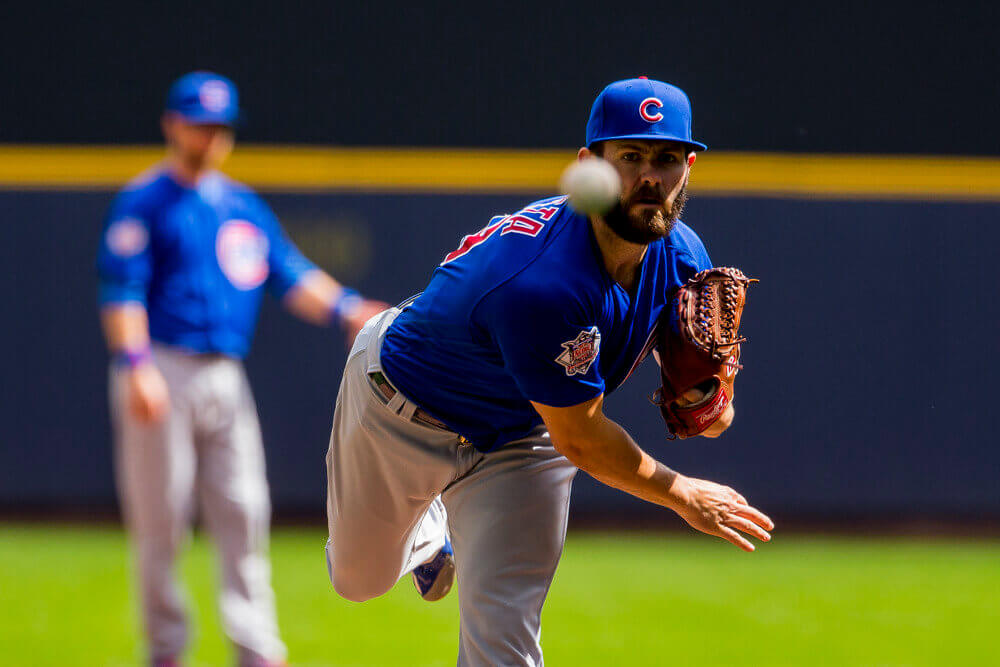 National League Central rivals the Chicago Cubs and St. Louis Cardinals are both showing more interest than other teams in possibly signing Jake Arrieta one of the top free-agent starting pitchers still available.

The two teams are the latest ones to look into the possible signing of Arrieta, with Chicago showing a renewed interest in bringing the 31-year old veteran righty back. He was the team’s ace four of the past five seasons.

Other teams including the Brewers, Nationals, Rockies and Phillies in the NL and the Rangers in the American League have been linked to the starting pitcher as well.

Arrieta in 2017 made 30 starts. He finished the regular season 14-10 with an ERA of 3.53. Arrieta is now three seasons removed from receiving the NL Cy Young following a season where he finished 22-6 with an ERA of 1.77.

It was just two seasons ago that he pitched in the All-Star Game and helped The Cubs win their first World Series in over a century.

Last season, Arrieta earned $15.6 million with Chicago after the club avoided arbitration. He has eyed a deal for $200 million, according to Scott Boras his agent.

However, they also have been in touch with other high-profile free agents such as Alex Cobb and Yu Darvish.

When it comes to the Cardinals, they signed Miles Mikolas a starter, Luke Gregerson a reliever, but they are also pursuing first baseman Eric Hosmer as they want another big bat to go along with recently acquired Marcell Ozuna from the Marlins.

Last season, the Cubs won the NL Central with a record of 92-70. The Cubs finished 6 games in front of second place Milwaukee. St. Louis was third in the division with a record of 83-79 but trailed by 9 games.

With Milwaukee expected to continue playing well and Pittsburgh hoping to reverse its poor showing from last season, the NL Central could turn into a four-team race and both the Cubs and Cardinals hope to add to their arsenal during the current offseason.