Mets Looking At Adrian Gonzalez for First Base 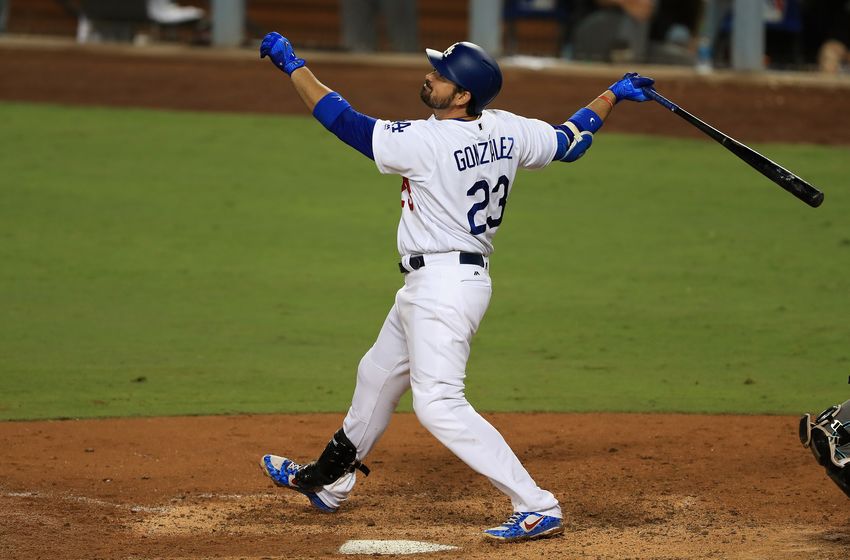 Looking to fill a hole at first base temporarily, the New York Mets have approached veteran free agent Adrian Gonzalez, said a team source that is close to the matter.

Gonzalez on Monday was released by the Atlanta Braves after the Los Angeles Dodgers traded him in a money swap in an attempt to move under the luxury tax threshold.

While the remaining $22.35 million of Gonzalez’s contract is guaranteed and will be paid by Atlanta, any team that signs him would just have to pay him the minimum for a veteran, similar to a deal the Mets made in 2016 with Jose Reyes after he had been released by Colorado.

Gonzalez, who next season will turn 36, would be an inexpensive temporary fix that would not stop the top prospect of the Mets, Dominic Smith from taking the first base job over during the season.

The Mets want to give Smith, who in 49 games in the majors last season hit only .198 with 9 home runs and 26 runs batted in, time to develop some more.

It was made clear by general manager Sandy Alderson that the Mets are not impressed with Smith’s play, after he reached the majors last August out of shape, and that this spring he is not guaranteed to be the starting first baseman.

Gonzalez, who has been an All-Star five times, was limited to only 71 games last season with Los Angeles due to a herniated disc. He hit only .242.

The New York Mets must add to first base, second base and their outfield. The team has expressed interest in reuniting with Jay Bruce, and would use him at first as well as the outfield so Michael Conforto can return 100% from his shoulder surgery, and also to support Smith as he becomes accustomed to the majors.

Gonzalez waived the full no-trade clause he had with the Dodgers knowing that he was going to be released and then could try his luck through the free agent market.

With a budget during the offseason that has been limited, the Mets are trying to find creative ways of rebuilding the roster heading toward the 2018 regular season.

Last season the Mets finished fourth in the National League East at 70-92. They ended the season 27 games behind the first place Washington Nationals.