Alex Cobb Could Be Good Fit for Cubs 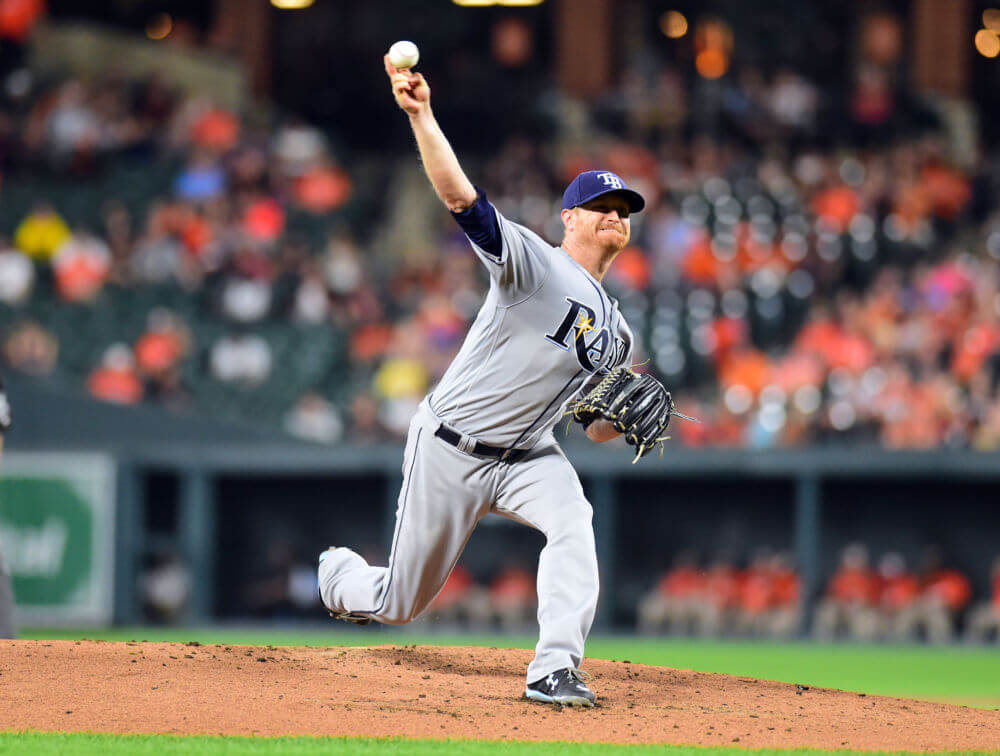 The 2017 World Series is behind us as are the handing out of major awards for both leagues. That means teams can now focus on signing of free agents and making trades during the winter break before returning for spring training in early 2018.

Rumors continue to swirl about several free agent signings by clubs and one such rumor is that both the Chicago Cubs and pitcher Alex Cobb share a mutual interest.

The right-handed pitcher has spent each of his six years in the big leagues with the American League East Tampa Bay Rays. For the first three seasons Cobb pitched for the Rays, the team was managed by current Cubs manager Joe Maddon.

According to rumors published in the Chicago Sun-Times, that is why the Cubs and Cobb have a mutual interest for one another at this time.

It has been confirmed by reliable Major League Baseball insiders that the Cubs in fact reached out to Cobb at the start of free agency and held discussions with Danny Horwits, Cobb’s agent during the recent General Manager’s meetings.

During the 2017 regular season at Tampa Bay, Cobb posted 12-10 record with an ERA of 3.66 and a strikeout/walk ratio of 128/144 in 179 plus innings pitched. That was Cobb’s first complete season pitching since he had Tommy John surgery.

The 30-year old right-hander was given a qualifying offer for one year of $17.4 million earlier in November, but turned it down.

Cobb in the past has said he does not hide his respect for his former manager Maddon and what he did for him when he was young and starting out in the majors.

Rumors have said that Cobb would be looking for at least a four-year deal with the Cubs if an agreement can be reached, although sources have said that no numbers have yet to be exchanged related to salary or length of contract.

This rumor is just one of many swirling around baseball as teams continue assessing their needs and how to fill them. Signings will not heat up approaching the holidays, with some of the biggest trades and signings taking place from December 10 to 14 when the winter meetings are held this year.