Joey Votto Is One of Baseball’s Best Hitters 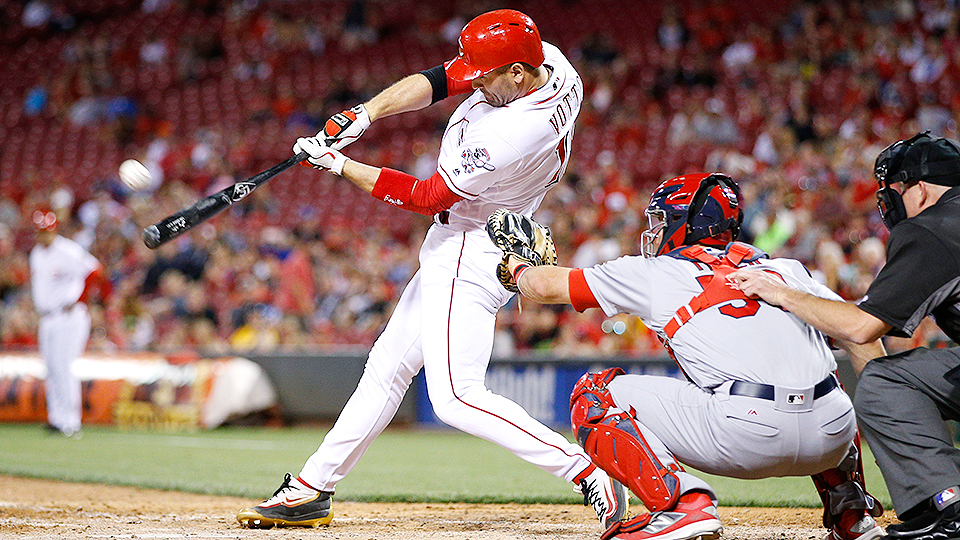 Cincinnati Reds star Joey Votto is a finalist for the National League MVP award, and that surprised many. One host on a baseball television show was upset that Votto could end up that high playing for a team that was 68-94.

One can debate if the bad record of the Reds should hinder his consideration for the award, but one cannot debate the value he has on the playing field.

Votto finished seventh in the NL MVP voting in 2016, and third in 2015 and the Reds lost 94 games and 98 games respectively those two seasons.

Cincinnati won the NL Central division title in 2010, and that season Votto was the NL MVP, but has gone four straight seasons under .500. The Reds gave up the most runs of any team in the NL this past season so a turnaround of any kind is not expected soon.

While Votto would look great in another uniform with a contender, he will not be going anywhere soon. His contract is through the 2023 season and while his annual salary of $25 million does not seem exorbitant, he has a no-trade clause and he seems to be happy playing for the Reds.

Since his ability at the plate is so good Votto should continue to be one of the league’s best hitters for a while, possibly giving his teammates time to catch up and make the team a contender again before he considers retirement.

He has been criticized for drawing too many walks and not knocking in enough runs, but since when was getting on base bad.

Stats saw that Votto does not chase pitches and because of that does in fact walk more than most. His chase rate was 14% which was the lowest of any player in baseball, and he was just one of 8 players that were below 20%. And when he chased pitches he hit .152, so why not be patient.