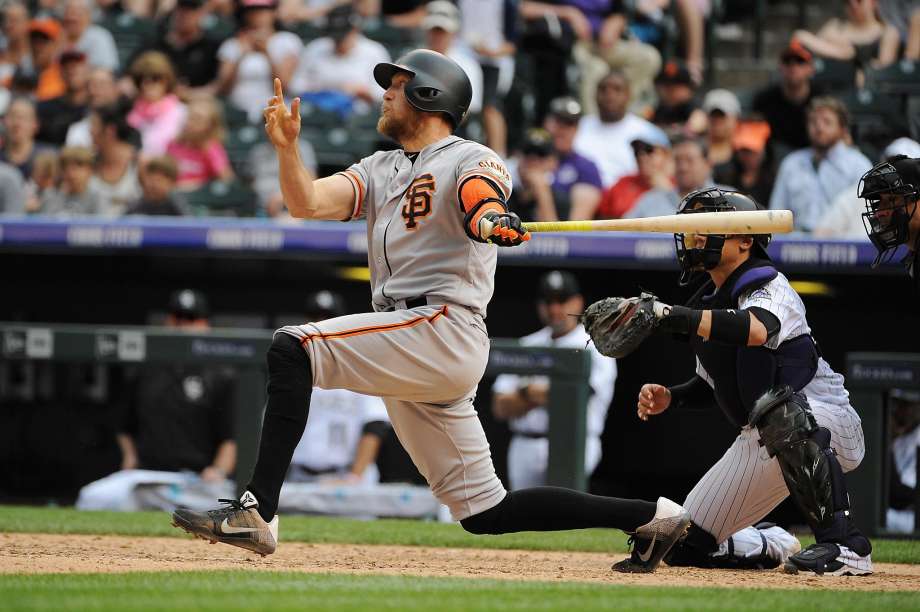 As new additions to their team are contemplated by the front office of the San Francisco Giants to their outfield, some veterans might have to become accustomed to different roles when the 2018 season rolls around.

The Giants have set a plan in motion to move Denard Span to left field from center in 2018. Depending upon the other moves the team makes, Hunter Pence the starting right fielder, could see more of a limited role, said Bobby Evans the Giants general manager.

Evans said the team’s focus was center field and upgrading the defense. If that means Pence will be move to a part-time role, the team must be prepared for it.

Hunter, said Evans, is not the type of player to play part time, but everything must be done to make the team better and everyone must be open-minded.

The outfield for the Giants was substandard at best, both offensively and defensively in 2017 and that played a big part in the drop off by the Giants from a 2016 wildcard team to a 2017 record of 64-98 and a last place finish in the National League West.

The left fielders for the Giants ranked 28th offensively, the center fielders 23rd and right field 30th in OPS in the majors. San Francisco’s outfielders were last in baseball with a cumulative defensive runs saved of minus-45.

Pence has been a fixture in the middle of the order since 2012 when he came to the Giants from the Phillies in a trade.

But his offensive contributions were markedly lower during 2017 as he hit just 13 home runs and batted only .260.

Pence is owed $18.5 million guaranteed in 2018, which will be the final season of his current five-year deal for $90 million which included a complete no-trade clause.

The future plans the Giants have for Pence will likely hinge on what takes place during the coming weeks in the free agent and trade market. The team is exploring all its avenues as it attempts to upgrade its outfield. Evans has said it is possible the Giants would add both a center fielder and impact bat.

The Giants were talked about as a possible spot for free agents Lorenzo Cain and J.D. Martinez and they are one of several clubs that are interested in acquiring Giancarlo Stanton the home run king of baseball with 59 last season.

The Giants have been linked as well to Jackie Bradley Jr. in Boston, Billy Hamilton in Cincinnati, Ender Inciarte in Atlanta, and Jason Heyward with the Chicago Cubs.

Pulse Biosciences, Inc. Expected to Announce Earnings of -$0.54 Per Share