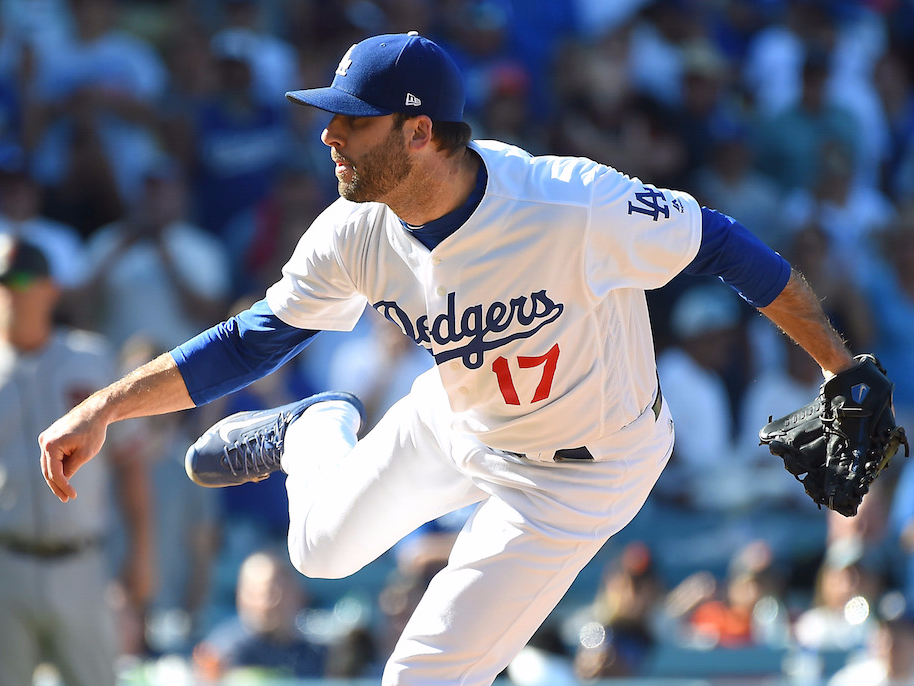 Free agent Brandon Morrow has some good possibilities awaiting him during the winter. He is coming off a strong season with the National League Champion Los Angeles Dodgers in the bullpen, and his historic performance during the postseason has opened the eyes of teams around the league of him possibility becoming a closer in 2018.

It is not only humbling but quite startling for Morrow, who in December of 2014 signed a contract for $2.5 million with San Diego. However, he suffered a shoulder injury after only five starts with the Padres and was lost for the remainder of the season.

In 2015, the Padres re-signed him to a minor league contract and this year Morrow was on the open market until last January when he signed a minor league deal with the Dodgers.

He joined the Dodgers on May 29 only a few days prior to his contract opt out deadline.

Once Morrow reached the big leagues again, his impact was big for the Dodgers. He appeared in 45 games, posting a WHIP of 0.92, an ERA of 2.06 and batting average against of .194, while recording 50 strikeouts in just 43 2/3 innings.

Now he will enjoy his success as he negotiates a big contract with his suitors. He is one of the top three relievers on the free agent market this offseason.

Morrow emerged as the principal set up man for Dodgers’ closer Kenley Jansen since May 29 and showed his durability during October, tying a single postseason record for appearances with 14 and become just the second pitcher to appear in each of the seven games of one World Series.

Morrow, who is 33, has carried big expectations with him since the deal he signed in 2006 for $2.45 million with Seattle. That year he was drafted before Max Scherzer, Tim Lincecum, Andrew Miller and Clayton Kershaw.

He arrived quickly in the majors debuting with Seattle’s bullpen in 2007. During the next three seasons Morrow alternated between relieving and starting for Seattle.

Morrow was traded by Seattle to Toronto during the 2009 season and he showed brilliance in some of his appearances with the Blue Jays.

Morrow has lived and pitched with Type 1 diabetes and other injuries have crept up on him, with the most notable in 2014 after signing with the Padres.

He also suffered Valley Fever a fungal infection in the lungs that kept him in bed for the most part of two months.

Currently while waiting for offers to roll in. Morrow is thinking about the World Series that he and his teammates lost in seven games to Houston and hopes to return to another Fall Classic regardless of where he ends up after this offseason.