Rangers Able to Pay More for Shohei Otani Than Others 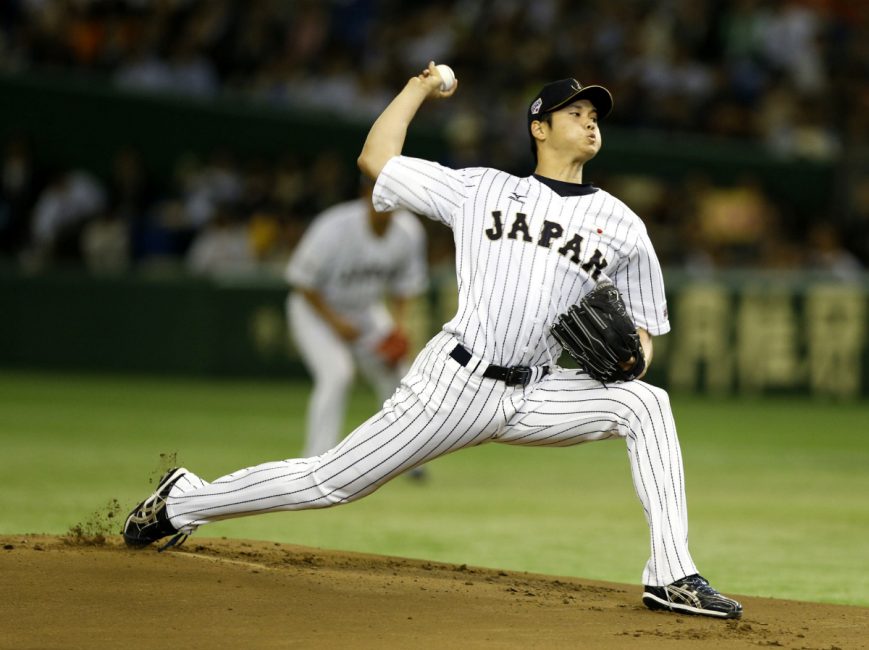 The Texas Rangers followed by the New York Yankees and Minnesota Twins can pay the most for international free agent Shohei Otani.

The highly touted amateur is preparing to enter the free agent market and Major League Baseball along with its counterpart in Japan have reached an agreement outlining a deal to keep the same posting system for the offseason.

Texas can agree to sign Otani for up to a $3.534 million signing bonus from the pool they have that covers July 2 through June 15 of 2018, showed figures that MLB compiled. New York can pay up to $3.25 billion and Minnesota $3.245 million.

Each team began with a pool of $4.75 million, $5.25 million or $5.75 million with the amounts available to trade. The majority of the money has already been spent on prospects in Latin America.

Under the new collective bargaining agreement for baseball, Otani, who is 23, can agree to only a minor league deal that would be subject to the signing bonus pools. If he is added to the roster of a big league team, he would reach of a salary of approximately $545,000, which is the minimum for next season and not until 2020 could he become eligible to file salary arbitration.

Baseball pundits know that Otani wants to play for a team in the U.S. but no one is that certain of his plans.

If he were to wait until he reaches 25 to play in MLB, there would not be any restrictions and he would likely get a deal worth over $100 million.

While the agreement between Nippon Professional Baseball and MLB has expired, both sides agreed many weeks ago to the outlines of a deal for the current offseason that would continue rules from the previous agreement.

Otani is the Pacific League reigning MVP and this year is 3-2 with an ERA of 3.20. He plays for the Nippon Ham Fighters. He has played a limited number of games due to injuries to both his ankle and thigh. He currently is batting .332, with 16 doubles, 8 home runs and 31 RBIs, across 65 games.