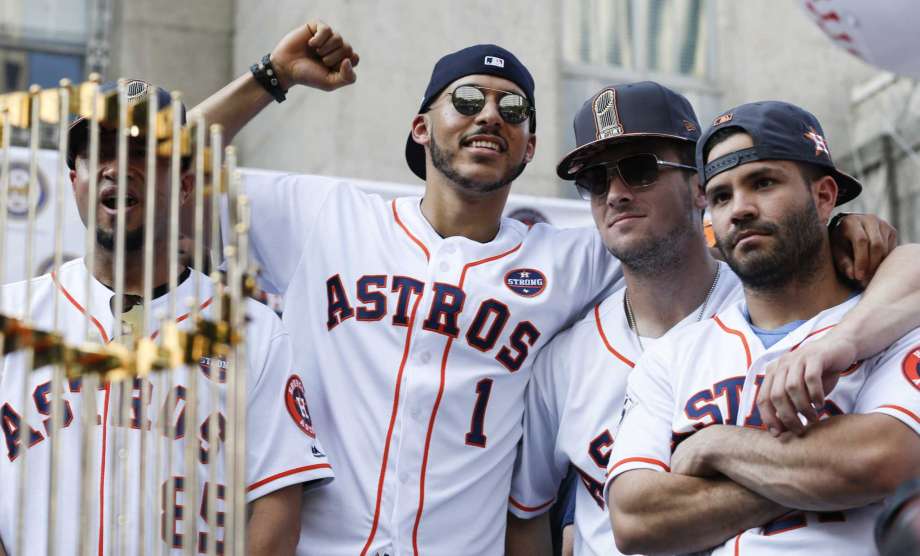 As the Houston Astros revel in their World Series title, free agency will soon begin in force, which means the offseason will soon become very interesting.

The question already on the minds of many is whether Houston can defend its American League West title, AL pennant and World Series.

Last season the Astros finished 101-61 during the regular season and are listed at 6 to 1 to win next year’s World Series with just the Los Angeles Dodgers having shorter odds.

Houston’s top players – Jose Altuve, Alex Bregman, George Springer and Carlos Correa – are all signed through the end of the 2019 season, making it quite possible the Astros could defend their title with nearly the same set of core players on the field.

However, if Houston is to kept its spot at the top of the AL West they must add to their bullpen. Astros closer Ken Giles has seen his confidence shattered and is need of much repair.

And, even though A.J. Hinch used pitchers Brad Peacock, Lance McCullers Jr., and Charlie Morton in reliever roles, the three will be too busy making starts every five days to do any relief work on their days off.

Both co-aces Dallas Keuchel and Justin Verlander will return for a complete season, which should give some help to the bullpen.

In addition, the highest-scoring offense in baseball will largely return intact. Houston has five free agents, of which the most notable is Carlos Beltran. However, the 40-year old as this point is more valuable to the team for his skills at leadership than as designated hitter.

If he does not retire, and will not announce a decision for a few weeks, he could return on a one year deal for low money.

Besides he and four other free agents that are not that important overall, the Astros could return with most if not all of the same faces to defend their first ever World Series.

However, the odds are not in their favor as the last team to repeat as World Series champions were the 1998-2000 Yankees.

The biggest obstacle for the Astros in the AL West will be the Los Angeles Angels if the Angels can find some offensive help for Mike Trout and determine what is best to do with veteran home run slugger Albert Pujols.

Re-signing Justin Upton will be a big part of the Angels turning their 80-82 season into one where they can contend for the division title.