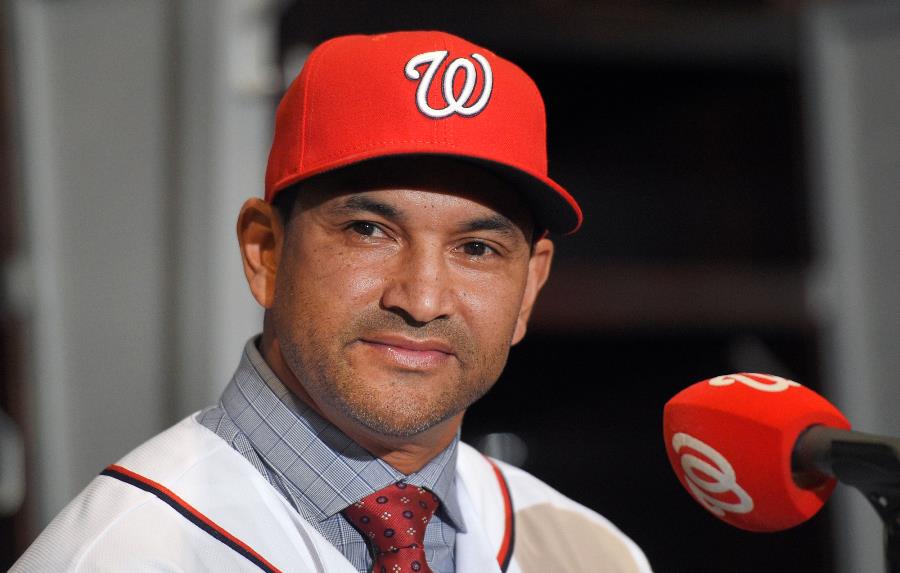 New Washington Nationals manager Dave Martinez is not just content by joining the ball club. He called his becoming a manager of the team half a dream come true during his official news conference welcoming him to the team as its new skipper.

Becoming a big league manager has fulfilled half of Martinez’s dream, winning the World Series will complete it.

Martinez during his Thursday press conference said the team was not satisfied with just winning a playoff game, they want to win a World Series.

Martinez said the Nationals were one of the better National League teams, and suggested that he would take them to the title in just his first season as their manager.

Martinez is of Puerto Rican descent, but was born in Brooklyn, New York and joins the Chicago White Sox’ Rick Renteria and Boston’s Alex Cora, as the third Latino skipper for big league clubs.

When he was asked in Spanish what it felt like joining Renteria and Cora, he replied gratifying. He added that there are good personnel in baseball who are Latino at all levels from coaching to the front office and he said it was nice to receive recognition by being hired to manage the Nationals.

But, he insisted that he believed he was hired due to his merit and not due to race.

A former MLB outfielder who played with nine different teams across his career in the big leagues that spanned 16 seasons, Martinez started his coaching career in 2008 when he was the bench coach for Joe Maddon at Tampa Bay.

That season, Tampa Bay reached the World Series for the first time in its franchise history.

When manager Maddon left in 2015 for the Chicago Cubs, Martinez followed him to become the Cubs’ bench coach. The Cubs went on to win the World Series in 2016 for their first title in 108 years. The success in Chicago is what led to the new Nationals manager being hired by Washington.

General manager Mike Rizzo of the Nationals said that Martinez’s resume was impeccable.

Four seasons ago, Martinez interviewed for the opening in Washington to replace Davey Johnson, but his resume at the time was still not strong enough. Matt Williams was signed by the Nationals, but four years, a pair of appearances in the NLCS and one World Series title later, Martinez was considered the correct choice for the Nationals.

He was up against a strong pool of managerial candidates including Kevin Long the hitting coach for the Mets and former manager of the Red Sox John Farrell.