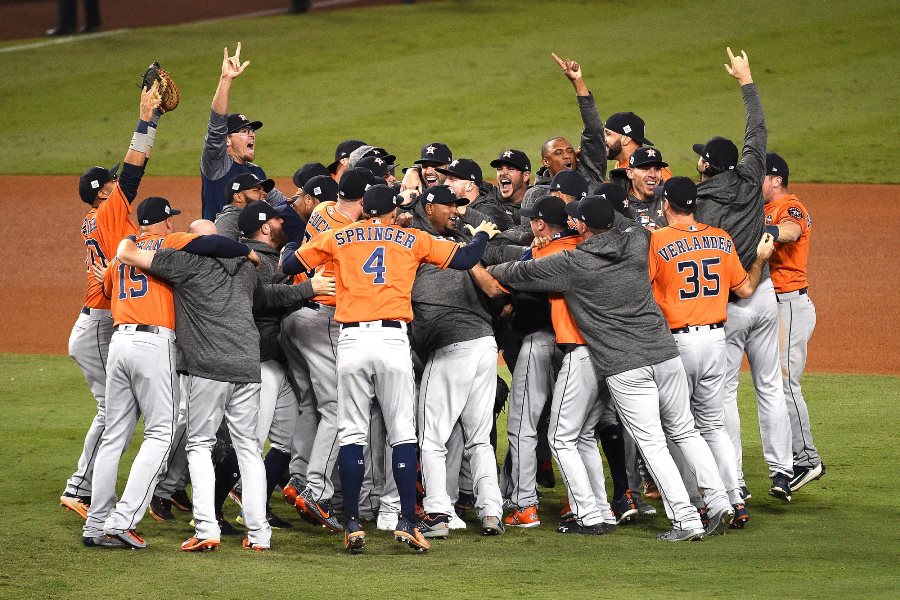 The Houston Astros capped a four-year rebuilding project with a remarkable turnaround delivering the franchise’s first ever World Series for the city recovering from Hurricane Harvey.

When Jose Altuve, the favorite to win the American League MVP award, fielded a ground ball off Corey Seager’s bat and threw to first base during the ninth inning, the Astros had a victory that is franchise-defining by beating the Los Angeles Dodgers 5-1 in the seventh and final game of the 2017 World Series.

Houston, which won thrillers in Games 2 and 5, took a bit of drama out of the final game, when it built an early lead of 5-0 after just two innings capped by the two-run homer of George Springer off Dodgers’ starter Yu Darvish, who could only make five outs during his second start in the championship series.

Houston kept Los Angeles at bay with reliever after reliever and the Dodgers did not help out going a dreadful 1 for 13 when runners were in scoring position.

The Astros triumph in the Fall Classic in seven games took place following a dramatic win over the New York Yankees in Game 7 of the AL Championship Series. Houston and the Royals of 1985 are now the only two ball clubs to win two series in seven games during the same postseason.

Houston manager A.J. Hinch said it could not have been drawn up any better than this. He added that he did not care who the team beat, he just want to be the last team still standing and take the trophy back to Houston.

The franchise began in 1962 as a member of the National League, and endured many heartbreaks during the postseason and won its first ever World Series only four years after losing a franchise high 111 games in its ambitious project of rebuilding that was able to net some of the key contributors on a team that this year won 101 regular season games.

After missing last year’s playoffs, Houston returned to win its first division title in the AL West prior to knocking the Red Sox out in the AL Division Series followed by the Yankees in the ALCS.

Most of the players on the current team would be returning next season and the franchise would have a very good chance to repeat which might not be out of the question with the talent the team currently has.