Yu Darvish and Lance McCullers Jr. Will Start But All Pitchers Available 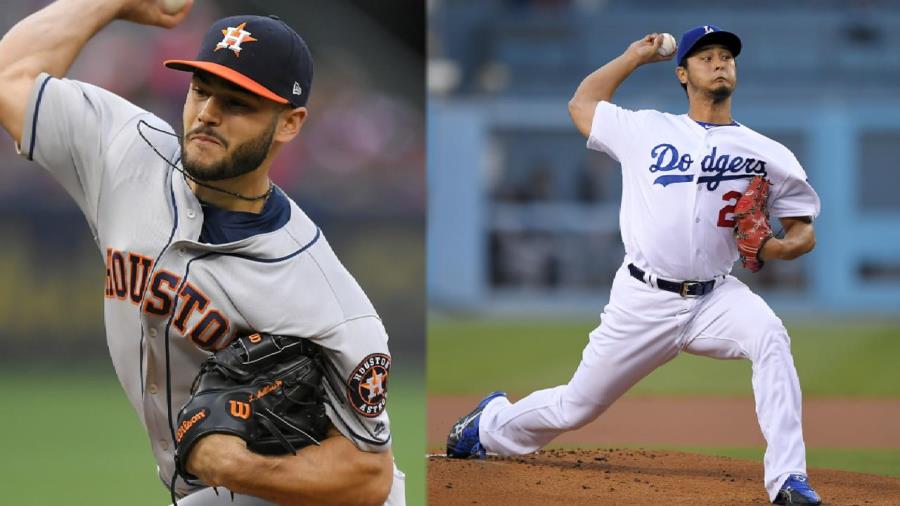 Dodger Stadium will host its first ever Game 7 of a World Series on Wednesday and the starting pitchers will feature the son of a former major leaguer and a veteran traded during the season and who has pitched just three months for the Los Angeles Dodgers.

Houston’s Lance McCullers Jr. will start for the Astros, while Yu Darvish gets the nod for the Dodgers. Both hope to rebound from subpar performances earlier in this series.

McCullers started for Houston in Game 3 but did not have the usual command of his pitches and walked four in just 5 1/3 innings, but did get credit for a 5-3 win.

A.J. Hinch the Astros manager said that every other pitcher on the club, including Justin Verlander the starter in Game 6 on Tuesday, could pitch during Game 7. Dallas Keuchel the starter for Houston in Game 1 and 5 will definitely be available if needed.

Keuchel could pitch up to 40 pitches, but he will know better when he warms up prior to the game and in the bullpen if needed.

Three Houston relievers Chris Devenski, Will Harris and Brad Peacock were not used in Game 6, so with two days of rest the three will be high on the list for Hinch.

Darvish struggled during Game 3 with his fastball and gripping his slider and only pithed 1 2/3 innings. He gave up 6 hits and 4 runs and suffered the loss.

Darvish has said that the balls seem different between the postseason and regular season and that in Game 3 he could not grip the slider like he is used to doing, which took away from the break it makes. Darvish is considered to have one of the best sliders in baseball.

Should the Dodgers need him, Clayton Kershaw will be in the bullpen waiting for his name to be called. He pitched Game 5 but was also in the pen for Game 6.

Considering how quickly Dodgers manager Dave Roberts is at pulling starters, Darvish is not expected to pitch that deep into the final game. So some combination of Tony Watson, Brandon Morrow, Kenta Maeda and Kershaw could be in the works to set up closer Kenley Jansen, who pitched two innings for the save in Game 6 throwing 19 pitches.

A win for the Dodgers would end a drought of 29 years without a title, while a win for the Astros would be their first World Series title in franchise history.