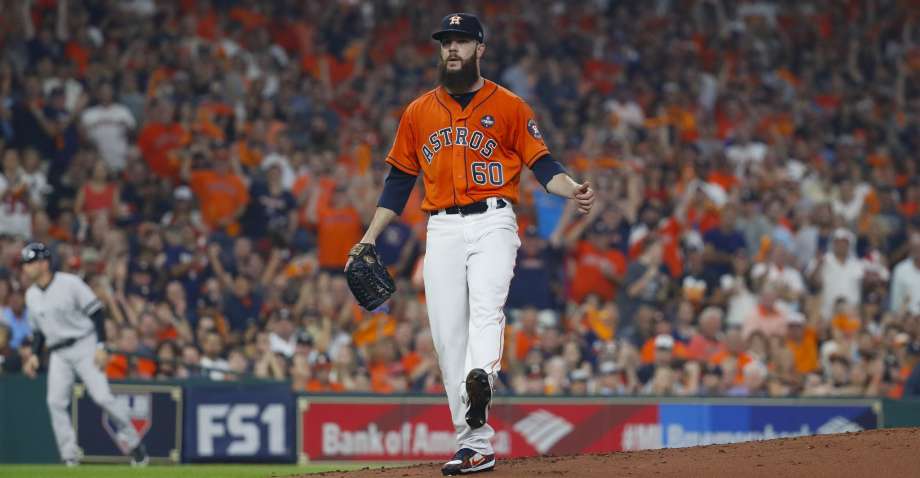 Houston Astros ace Dallas Keuchel will be watching the American League Championship Series Game 7 from a different spot than the dugout. The Astros pitcher will be in his team’s bullpen.

Like the rest of Houston’s pitchers, except for Justin Verlander the hero of Game 6, Keuchel could appear in relief for the team.

However, with the league’s pennant on the line and a chance to move on to the World Series, both teams are expected have every pitcher ready with the exception of the two who started Game 6.

The matchup of Sabathia and Morton is a rematch from Game 3 last Monday night when the Astros were routed by the Yankees 8-1. Morton gave up six hits and seven runs in just 3 1/3 innings, while Sabathia did not allow a run in his six innings of work.

The Astros won Game 6 behind the gem thrown by Verlander. The veteran right-hander threw just 99 pitches during his seven innings of shutout baseball. That was his second strong performance after his Game 2 showing where he won 2-1 to help the Astros to a 2-0 series lead.

The bullpen for the Astros has struggled during the entire playoffs thus far and in particular during this series. In Game 4, relievers for Houston allowed nearly as many runs (5), as they had outs (6).

Even during their win in Game 6, reliever Brad Peacock gave up a home run to Yankees rookie Aaron Judge during the eighth inning, and Ken Giles the club’s closer put on base a pair of runners during the ninth prior to recording the team’s last out.

Houston manager A.J. Hinch said Game 7 would have everyone available with the exception of Verlander, but he is like superman so if he shows up good on Saturday, he too might be available.

Keuchel said that any way the starters could help they will do so as their only goal is first getting to the World Series then winning it. That means, added the bearded Houston ace, all hands on deck with the exception of Verlander. Keuchel said Verlander has already done enough for the team.

The winner of Saturday’s Game 7 will advance to the World Series to face the NL Pennant winning Los Angeles Dodgers.